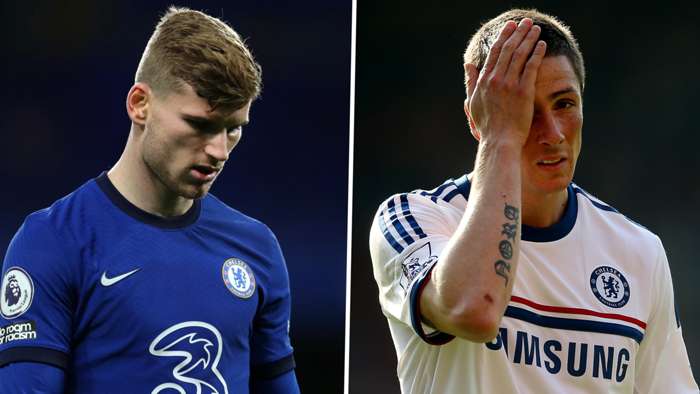 Frank Lampard is reluctant to compare Timo Werner and his current struggles at Chelsea with those previously endured in west London by Fernando Torres.

The Spain international would go on to find the target just 45 times in 172 appearances, with injuries catching up with a frontman who had been unplayable at times during spells at Atletico Madrid and Anfield.

More experiments have been carried out in the final third since then,with Werner the latest big-money addition to join the ranks.

He is looking short on confidence, with the target found once in his last 14 appearances, and similarities are being drawn between the Germany international and Torres.

Lampard will not be dragged into that debate, with the Chelsea boss telling reporters ahead of thePremier League clash with Leicester on Tuesday: “I don’t want to compare him to anybody. Everybody’s story is different. Fernando Torres had difficult times here and came away winning the Champions League so I don’t think we should compare too much.

“All we need to do here at the moment, Timo, myself and team-mates around him is to create the best environment to get the best out of Timo, which means himself working hard.

“Any striker knows – when you see the chances he missed the other day that’s just repetition on the training ground. Everybody will go through those moments whether you repeat it a thousand times or not, but when you are in that moment you must repeat and keep working.

“Timo Werner didn’t by chance score the amount of goals of the last few seasons. He scored those goals because of his huge talent.