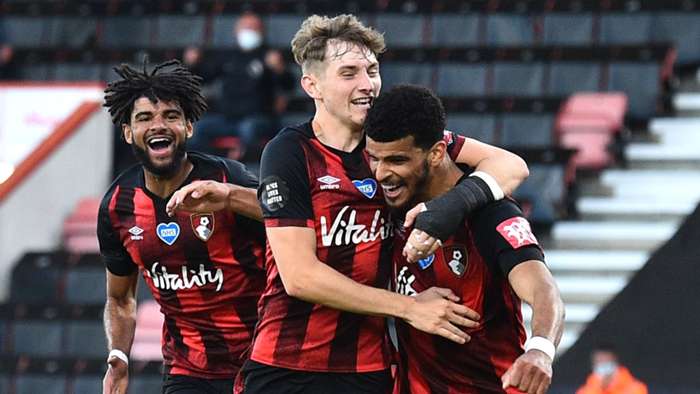 Bournemouth’s hopes of being in the Premier League next season are hanging by a thread ahead of their trip to Goodison Park to face Everton on Sunday afternoon.

Everton have nothing to play for and at worst can only drop down one place in the table, which may give Eddie Howe’s men a sliver of confidence heading into the game.

The Toffees have won just one of their last five home matches and are bet365’s 6/5 (2.20) favourites to end their season with a 14th victory of the campaign.

Only three points will be enough for Bournemouth to stand any chance of another season in the top flight and that is priced at 2/1 (3.0).

Howe has overseen just one draw away from home this season and another is available at 13/5 (3.60) by the online bookmaker.

Moise Kean could return for Carlo Ancelotti’s side whilst teenager Antony Gordon may be handed another start, but Yerry Mina, Fabian Delph and Mason Holgate are out.

Adam Smith and Nathan Ake could feature for Bournemouth, who have a full complement of strikers available as they look to add to their tally of eight goals in their last six games.

It looked like Bournemouth would coast to a solid Premier League season when they amassed 16 points from their first 11 games, but just four wins in their last 26 matches have put them on the brink of relegation and needing a win to have any chance of survival.

In spite of that, their most recent four fixtures may actually give them some hopeconsidering they have held Tottenham to a draw, beat Leicester 4-1, and were unlucky to lose against Manchester City and Southampton.

They may not find it easy against a staunch Everton defence, though, with the Toffees conceding more than one goal in a game just once since the restart.

Although strong at the back, Everton have struggled going forward with just three goals in their last five games and under 2.5 goals looks solid value at 11/8 (2.38) with bet365.