Everton's Bernard opens up on seeing psychologist after panic attack

Everton's Bernard opens up on seeing psychologist after panic attack 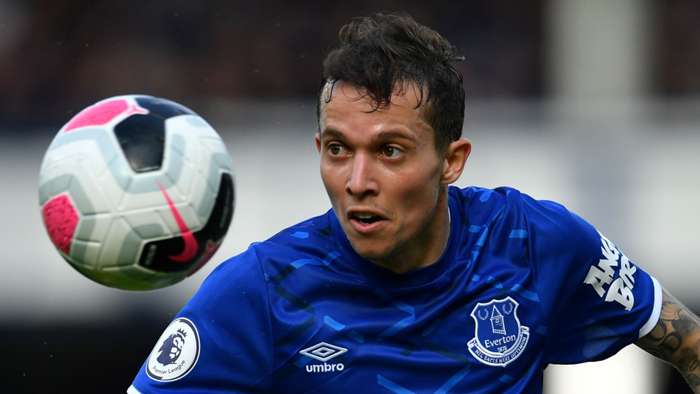 Everton midfielder Bernard has opened up on seeing a psychologist after a debilitating panic attack, insisting he has "become a better person" since seeking help.

Bernard signed a four-year contract with Everton in August 2018 after leavingShakhtar Donetsk as a free agent. The 27-year-old has since racked up 61 appearances in all competitions for the Toffees, scoring five goalswhile also laying on six assists.

The Brazil international has enjoyed a prominent role in the first team in 2019-20, but off the pitchhe has been dealing with mental health issues.

Bernard has revealed that he has been undertaking therapy to tackle his anxiety, which he believes has helped him to strengthen his character in "all areas".

“I've been having therapy for the past year, I see a psychologist,” the Everton winger told the club's official website.

“It's not something I previously stigmatised, but I never thought I would require this type of treatment. Now I see how much I've evolved as a person, as a human being, how much this has helped me in my work.

“I've never publicly spoken to anyone about this. I think it would be good for this to be seen as a way of helping people to go to see a psychologist or psychiatrist.

“I had an anxiety attack a year ago, the psychologist really helped with this, the other professionals involved helped me a lot as well.

“I sought help as I genuinely needed it, but if I'd have only known how much this professional was going to help me, not just in relation to anxiety, with the attack that I had, but in all areas of my life I would have asked for help sooner.

“I’m stronger in all areas and have become a better person, more positive and more confident. “

Bernard went on to admit that he was guilty of bottling his emotions up in the past, while detailing how his psychologist has helped him to "rebuild" internally over the past 12 months.

“We're all vulnerable to any type of situation, as we're human like everyone else,” he added. “In a lot of cases, I see that people are resistant and don't seek help, they don't take medication that could help with the process.

“I was taken by surprise but I've always been a person who bottled everything up and kept everything that happens in my life to myself.

“The person I've opened up to about everything has been my psychologist and, a lot of the time, I feel embarrassed to talk about certain things.