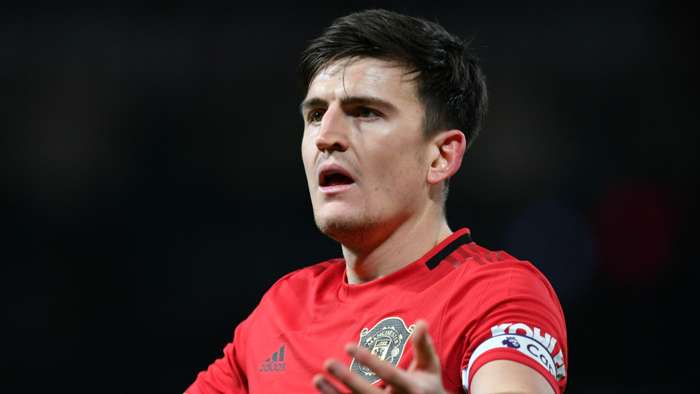 Jonny Evans claims to have talked Harry Maguire into making a move to Manchester United and tipped him to take the captain’s armband at Old Trafford within his first year.

Maguire had enjoyed a meteoric rise to prominence by that point, finding himself as a key man for club and country just three years after turning out in the Championship with Hull City.

Evans claims to have never had any doubt that the 27-year-old could thrive on the grandest of stages, having working alongside him for a year Leicester.

The Northern Irishman knows all about the pressure of performing at United, having graduated out of their academy system, and always believed that Maguire would become skipper in Manchester.

Evans told MUTV: “When Harry signed for the club he had a decision where to go. I told him to go to United because it was the perfectly made club for him.

“I said that within a year at the club that he’d be captain and when he got given the captaincy I texted him and said: ‘That was quicker than what I expected!’.

“I think he’s got the perfect personality for it.

“If you look at Harry, he never gets injured, he’s played all season and I think he’s been a really good signing for United.”

Maguire and Evans are currently readying themselves for reunions with their former clubs.

United are due at the King Power Stadium on Sunday for a season finale that sees both sides in the mix for a top-four finish.

The Red Devils need only to avoid defeat in order to secure Champions League qualification, but Evans believes the pressure on Ole Gunnar Solskjaer’s side could work in Leicester’s favour.

He added: “A lot of things do go down to the last game and now it’s come down to ourselves and United.

“We had a couple of days off after the last game against Spurs. It’s probably the first time we’ve had that chance with the games coming so thick and fast.

“Obviously, United haven’t had the chance to do that with the FA Cup fixture at the weekend. It’s been nice for us to have those two days away, especially after we lost at the weekend.

“There’s no pressure on us!