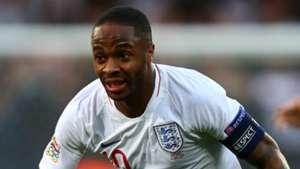 England will be looking to maintain their prolific form when they take on Bulgaria in Saturday's Euro 2020 qualifier.

Gareth Southgate's men have scored 10 goals in just two Group A matches so far, with Harry Kane finding the net in both.

Having opened the season with three goals in his first four Premier League games, the Tottenham striker is priced at just 21/10 (3.10) to open the scoring at Wembley, or 2/5 (1.40) to strike anytime.

However, the skipper has been overshadowed by Raheem Sterling, who hit the target four times in the first two qualifiers against the Czech Republic and Montenegro.

With six goals to his name in just five fixtures for Manchester City so far this campaign, the 24-year-old offers far better value at 8/11 (1.73) anytime odds on Saturday.

On target in three of his five appearances for Borussia Dortmund, rising star Jadon Sancho can be backed at 6/5 (2.20) to add to his burgeoning reputation by scoring his first senior international goal.

At the other end of the pitch, the Three Lions are unlikely to have much trouble against a Bulgarian attack that has scored just seven goals in their last seven games.

Bozhidar Kraev has scored twice in just five starts for Krasimir Balakov's team, and he is also on offer at 15/2 (8.50) to enhance that promising record with a big goal in London.

Called up for the first time since gaining Bulgarian nationality, Brazilian-born Wanderson is available at 10/1 (11.00) to cap a dream debut by opening his account for his adopted nation.