England have to show their darker side, admits Ward-Prowse after penalty drama

England have to show their darker side, admits Ward-Prowse after penalty drama 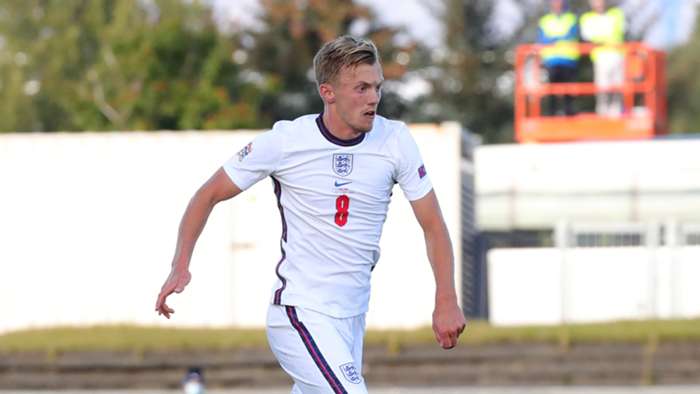 England midfielder James Ward-Prowse believes his side have to show their darker side more often to ensure greaterinternational success.

Gareth Southgate's side beat Iceland 1-0 on Saturday in the Nations League with the Three Lions seeing their opponents miss a penalty at the death after Raheem Sterling had converted just minutes earlier from the spot.

Ward-Prowse was spotted doing everything he could to delay Iceland's decisive spot-kick and believes England have to deploy such tactics more often and abandon their reputation ofbeing "too nice".

"It wasn't any digging of the spot, it was more just delaying the penalty," Ward-Prowse said.

"It was a bit of a mad few minutes. We'd just obviously scored what we thought was the winning goal and then we faced the penalty so it was more a delaying tactic just for everyone to get their heads together and prepare for the penalty. Thankfully it went in our favour.

"It's something which we can all take forward, for sure. Certainly at club level we have developed that ourselves as well and we've learned a lot with that, so it's just something that has added to my game. It's an important factor in the modern game.

"There are certain scenarios in a game and you have to take yourself out of the situation and see what is best at that time.

"Maybe we had the reputation of being a bit too nice, so we had to show a bit more aggression and a bit of that darker side in order to help us win games. It's just something that I have learned along the way."

The Southampton midfielder earned a recall to the England squad after a strong Premier League season under the guidance of managerRalph Hasenhuttl, who demanded the 25-year-old develop more of an edge.

"He showed me sides of my game which weren't suitable for his style of play and we had an honest conversation about him wanting me to be more aggressive and better against the ball," he said.

"I love the way that he plays and wanted to be part of that. I knew had had to go away and work hard at it and that side of the game has definitely come into it.