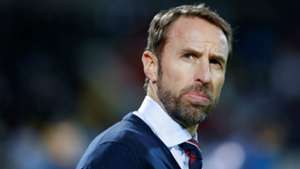 England manager Gareth Southgate has agreed to a 30 per cent pay cut as part of the Football Association's bid to cut costs during the coronavirus pandemic.

Leading performers across the sporting world have found themselves thrust under the spotlight during a global health crisis.

Calls for Premier League players to join the fight and forgo some of their sizeable salaries have been mounting, with government officials getting involved.

A number of clubs, with billionaire owners on board, have vowed to continue honouring the salaries of their staff during a testing time for all concerned. Others, such as Liverpool, have stated their intention to make use of the furlough scheme put in place by Prime Minister Boris Johnson.

The FA admit that they are facing a ?100 million ($123m) hit when it comes to lost revenue, with prestigious fixtures and events being cancelled or postponed, but they have an agreement in place with their highest earners which means furlough remains "a contingency plan" for now.

Chief executive Martin Bullingham said in a statement which confirmed the temporary reduction in Southgate's contract: "The human impact of the coronavirus is terrible and all of our thoughts are with families affected. While we want to do whatever we can as an organisation to help the national effort, we're also doing what we can to protect jobs within our organisation.

"As a not-for-profit governing body, we're responsible for promoting and developing every level of the game. All of our profits are invested back into English football to support and grow the game for all.

"The less money we generate, the less flows back into the game. For example, we will generate less for community pitches or Wildcat centres across England. It's that simple.

"We've taken an immediate and significant financial impact due to the postponement of England internationals, FA Cup matches and Wembley events, and there is currently no clear timescale on when they will return. The total financial impact is currently forecast to be around ?100m, but it could easily exceed ?150m depending on the duration of the Government's necessary medical measures.

"Along with many other organisations across the country, we are currently reviewing our financial model during this challenging period. We want to take prudent and appropriate steps to help protect and support the FA and our employees during this unpredictable time.

"We are proposing that all employees earning ?50,000 or more per annum will take a temporary pay reduction of 7.5 per cent.

"In the spirit of those on higher salaries taking the greater responsibility, the Senior Management team have agreed to cut their pay by 15 per cent with the highest earners in the organisation agreeing to reduce their pay by up to 30 per cent.

"We are also looking into what options are available to us through the Government's furlough scheme as a contingency plan, while we continue to plan for the return of football, once it is safe to do so.

"These are extraordinary and challenging times and we do not take these decisions lightly. However, as an organisation we will support each other as best we can.

"I'm incredibly proud of the way our workforce has adapted to the changeable circumstances. Their dedication and commitment to their roles has not waivered and their ongoing diligence has been exceptional. Their talent and passion drives this organisation to ever higher levels, and we are committed to doing everything we can to support and protect them."