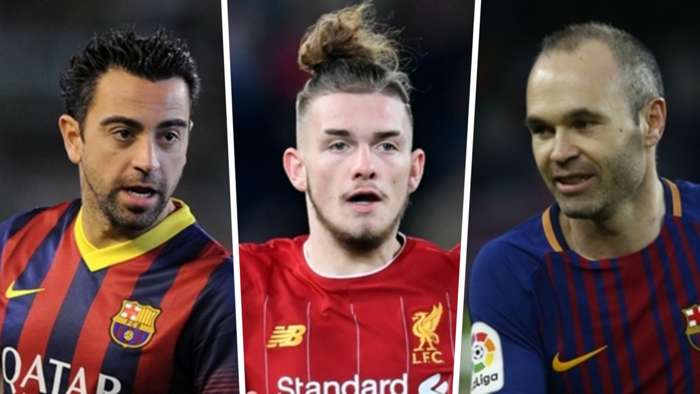 Harvey Elliott has “got the lot”, says former Liverpool star Jason McAteer, with the 17-year-old considered to be capable of scaling the same heights as Xavi, Andres Iniesta and Wayne Rooney.

Jurgen Klopp handed the promising midfielder senior minutes in 2019-20, with Elliott taking in eight appearances across all competitions.

Big things are expected of the England U17 international in the future, with McAteer of the opinion that he could follow in the footsteps of Barcelona and Manchester United legends.

The former Reds star told Off The Ball: "Obviously we have got Harvey Elliott - who is going to be an absolute superstar.

"He's 17... what an attitude, what a player. He's playing wide at the minute but I can see him slotting into that midfield central area. Maybe as a Xavi or an Iniesta type.

"If he develops the right way, he could be as good as one of those players. And that's saying something. This kid has got the lot."

McAteer added: "Elliott can play with both feet. He has got that ability to see things, to open things up, to play that little killer pass.

"His execution more often than not, is on point.

"I put him in that bracket. Absolutely."

Elliott is not the only youngster to be breaking through at Liverpool, with Neco Williams and Curtis Jones stepping out of a famed academy system to see competitive game time.

Rhian Brewster is also looking to earn a regular role, with the 20-year-old frontman having netted 11 goals during a productive loan spell at Swansea to suggest that he is ready to make his mark on Merseyside.

McAteer added on the U17 World Cup winner: "I believe he is training really, really well. I think he has now stepped a little bit ahead of Divock Origi, which might raise some eyebrows.

"But I think he is ready to slot in to give a bit of rest to the front three that usually pick themselves. You can rely on him for 20 to 25 minutes.

"I wouldn't say any of these youngsters are pushing for starts. Curtis may be the one you would look at. But there is plenty of talent coming through."