‘Edouard won’t do a Dembele, the transfer ship has sailed’ - Commons expects striker to stay at Celtic

‘Edouard won’t do a Dembele, the transfer ship has sailed’ - Commons expects striker to stay at Celtic 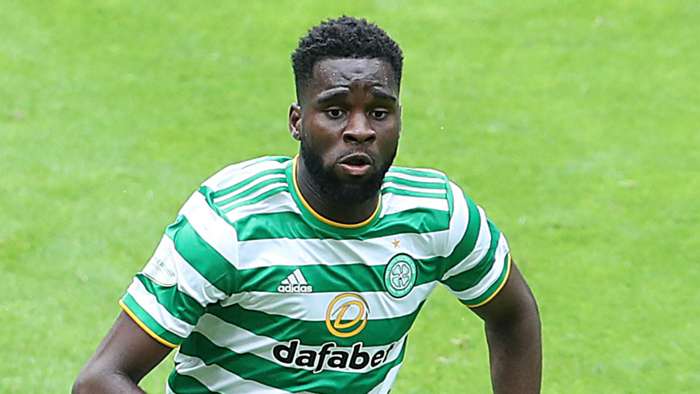 Odsonne Edouard will not follow Moussa Dembele’s lead by pushing for a move away from Celtic, says Kris Commons, with suitors for the French forward warned that thetransfer “ship has sailed”.

With 65 goals recorded in 128 appearances, Edouard’s exploits for Celtic have attracted plenty of suitors.Arsenal, Manchester United and Leicester are said to figure on a long list of admirers, with interest building in the youngster from across Europe.

Celtic have found themselves in a similar position on plenty of occasions in the past, with Dembele landing a move to Lyon in 2018, but Commons believes they can fend off interest in Edouard even if Neil Lennon fails to oversee a successful run to the Champions League group stage.

The former Hoops star told the Daily Mail: "One theory which I've heard doing the rounds in recent days has been that Odsonne Edouard's future will hinge on Celtic's progress in Europe this season and what happens over these next few weeks.

"The suggestion seems to be that a failure to reach the group stage of the Champions League would inevitably hasten his departure prior to the transfer window closing in October.

"I totally disagree with that. For me, there's absolutely no chance that Celtic will even contemplate selling their star striker at this late juncture. That ship has sailed.

"The season is already under way. If they were of a mind to cash-in on Edouard, they'd have done it six weeks ago to give themselves time to find a suitable replacement.

"The signing of Albian Ajeti changes nothing in that respect. Despite the £5 million ($6.5m)fee, there's no way he's been bought as a direct replacement for Edouard. You don't replace one of the best young strikers in Europe with a boy who was warming the bench for West Ham last season."

Commons added: "As for Edouard, he's still got one more year left in the tank at Celtic. I would be astonished if they let him go at this stage of proceedings. Listen, I understand that money talks, but Peter Lawwell is a smart man. He'll know that selling Edouard now would be playing with fire.

"If the club sold their star player and then failed to secure ten in a row this season, Lawwell won't need anyone to tell him that the fans would hound him out of the club.

"What will help Celtic's cause is that I genuinely don't see Edouard agitating for a move. He seems a really level-headed boy and I don't see a repeat of what happened with Dembele a couple of years ago. There was a lot of politics involved in that. Dembele eventually demanded to leave after what he felt were broken promises from Rodgers.