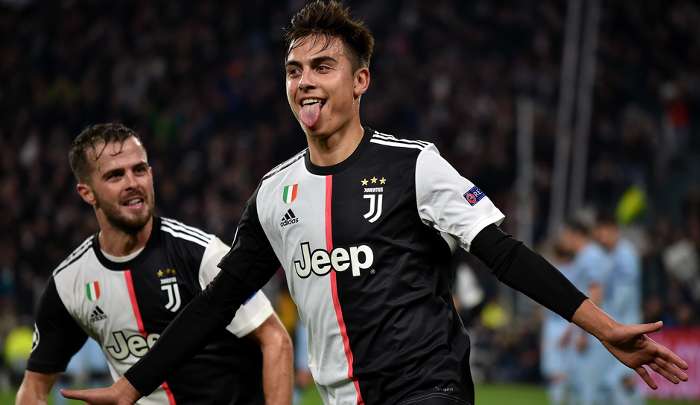 Andrea Pirlo has insisted that Paulo Dybala is still very much a part of Juventus' future, but the new coach has confirmed that Gonzalo Higuain will leave the club this summer.

The Argentine's total of 11 goals in 33 appearances fell way below Ronaldo's final tally of 31, but he also provided 11 assists, and Lega Serie A ultimately decided that his overall contribution made him worthyof the coveted MVP title.

The 26-year-old bounced back from a difficult 2018-19 campaign to re-emerge as a talismanic figure for Juve under Maurizio Sarri, having been strongly linked with a move away from Turin last summer.

However, the Bianconeri also lost two domestic finals and exited the Champions League at the first knockout stage, with Sarri paying for those failures as he was relieved of his managerial duties on August 8.

Pirlo has been drafted in to transform Juve into an elite force once again, but it has been suggested that he will first seek to clear out the dead wood before putting together a squad in his own image.

Dybala is among those to have been tipped to leave the Allianz Stadium, with top clubs from across Europe,including Real Madrid and Manchester United, being credited with an interest in his services once again.

Pirlo addressed rumours over the playmaker's future during his first press conference as Juve's new permanent head coach on Tuesday, dismissing any possibility of him being sold once and for all.

"He has never been on the market, it is you the media who make these rumours,"the 41-year-old told reporters.

"For me, he is as important as the others. As soon as he returns from the off-season he will be part of the project."

Higuain, meanwhile, is reportedly set to see his contract terminated a year before its expiry date, and Pirlo went on to confirm the striker's imminent departure.

"I talked to Higuain. He is a person I admire very much. He had an important cycle here, he was a great player but in speaking with him we decided our roads must separate," said Pirlo.

"He was a great champion but cycles end. He was sidelined but as a serious person we spoke to each other to make this decision."

Asked what his main goals are heading into his first full season in the Allianz Stadium dugout, Pirlo responded:“I want to bring back the enthusiasm, offer proactive football with great mastery of the game.

"I told the lads two things: you always have to keep the ball and when you lose it, you must get it back quickly.

“I’m convinced that I’m in the right place at the right time. Tactically we could play with four or three at the back, I have no set formations.

“Enthusiasm must be brought day by day. We need to talk to the players, make them participate in training and make the players understand what we want. Juve always have one goal: to win.

“I immediately felt at ease, I met many people with whom I had worked.”

The former Juve midfielder, who played for the club between 2011 and 2015, added:“We must be willing to make sacrifices, when there’s a goal, we must reach it all together.