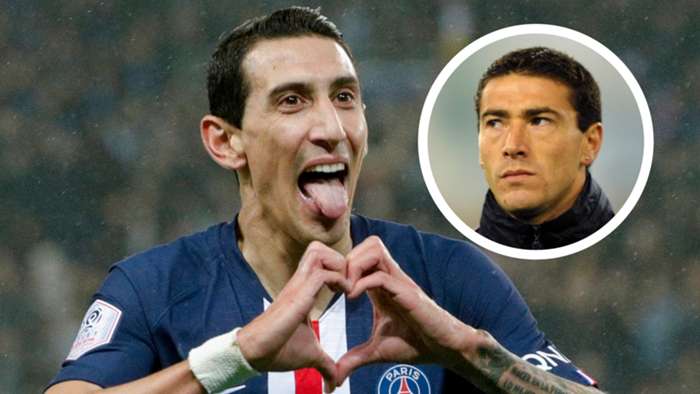 The last few years have made for tough watching for fans of Rosario Central.

The 2017-18 and 2018-19 campaigns both saw La Academia fall as low as 20th, before enduring a roller-coaster ride last season. At one point, they went on anine-game winless run, including seven consecutive draws, before a strong finish enabled the side to claim ninth place.

In normal circumstances, such a rotten run of form would see Central in dire straits, sitting as they do perilously near the bottom of the Argentine top flight's average points relegation table.

The AFA's decision to suspend relegation due to the coronavirus pandemic was therefore more than welcome around the yellow and blue half of Rosario, but nobody connected to the club is under any illusion that the coming season.

Whenever it finally begins – Argentina remains under strict lockdown conditions with all sporting activity on hold – it promises to be an uphill struggle. With that mind, the arch-rivals of Lionel Messi's boyhood club Newell's Old Boys have turned to a past favourite in a bid to revive their glory days.

He returned on two further occasions during a career that took in spells with Boca Juniors, Valencia and Inter, as well as an ever-present role in Argentina's ill-fated quest for the 2002 World Cup under Newell's idol Marcelo Bielsa.

Just as Newell's dream of repatriating their lost superstar Messi one day, Central are also looking to past favourites to lift the club's fortunes. Kilyhas been appointed as the club's new coach.

Messi's World Cup team-mates Angel Di Maria and Ezequiel Lavezzi are not quite in the same league as the Barcelona wizard but both would be fine additions if, as the new coach vows, Central move for their signatures in the coming months.

“He embarrasses me a little because he says that I am his idol,” Gonzalez joked to La Oral Deportiva when asked about Di Maria, currently at Paris Saint-Germain. “We speak on an almost daily basis.

“Coming back is on his mind because the sense of belonging across Rosario is very strong– it marks you.”

The coach was similarly optimistic when it came to the ex-PSG, Napoli and San Lorenzo striker Lavezzi, currently unattached after cutting ties with Hebei China Fortune in 2019: “I know that Lavezzi is dying to put this shirt on.”

Lavezzi made his start in Central's youth divisions but was released due to a coaching dispute, finally coming through via lower league side Estudiantes de Buenos Aires. He is, thus, in a similar situation to that of Messi himself, albeit on the other side of the Rosario: a lifelong fan who has never represented his boyhood idols at senior level.

At 35, though, and suffering from a chronic knee issue that pushed him to announce his retirement at the end of the year – merely "a holiday", as Gonzalez insisted – it will take more than sheer willpower to bring 'El Pocho' back to where it all began.

“There was a call, but no more than that,” Central secretary Guillermo Hanono told Telam of the contact between Kily and Lavezzi. “If Pocho wants to play in Central and it doesn't cost the club crazy money, of course he will have the door open for him.”

The winger does have first-hand experience of starring at the Gigante, making his debut for Central at 17. Local legend has it that his neighbourhood club received the princely transfer fee of 20 footballs in return for releasing the youngster to La Academia and he spenttwo years in the first team before Benfica swooped to sign him.

With his 33rdbirthday on the horizon in February, and a clean bill of health, Di Maria would be returning directly from world football's elite and with a huge amount to offer his first club.

Whether PSG would be willing to let him go is another matter. The Argentine has just one year remaining on his current deal but formed a key part of the side's latest Ligue 1 triumph, thriving in the central role afforded to him by Thomas Tuchel.

One thing appears clear, though; the Parisians will be his final stop in European football.

“I am still yet to talk to the club about renewal,” Di Maria signalled to reporters in January. “I am really not thinking about that right now, I still have a year ahead of me and I have to keep working hard.

“I have already said that I want to finish my European career here in PSG because I am very happy. After that, I'll probably go back to play in Argentina.”

Much, of course, will depend on the future of Tuchel, the coach who picked Di Maria up when he hit rock-bottom following his ineffective showings for Argentina at the 2018 World Cup and restored his confidence as a central threat.

Despite back-to-back Ligue 1 titles, the German is far from a universally popular figure at Parc des Princes and, already reeling from the loss of Edinson Cavani and Thomas Meunier, a rapid exit from August's Champions League would make his position even more precarious going into 2020-21.

Central then have plenty of reason to be optimistic as they dream of bringing their former prodigy back where it all began.