Del Bosque: Van Maarwijk came to Madrid to apologise after the World Cup

Del Bosque: Van Maarwijk came to Madrid to apologise after the World Cup 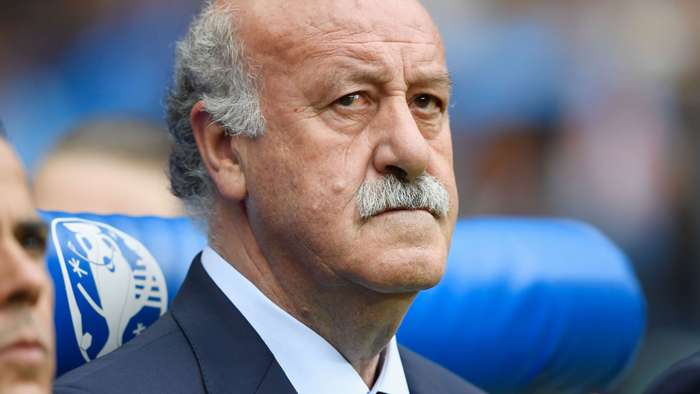 Netherlands were heavily criticised for the way they played throughout the tournamentandtheir display in the final in particular was seen as overly combative by many.

The image of Nigel de Jong's foot planted firmly in the chest of La Roja midfielder Xabi Alonso was held up as the crowning example of the Dutch's physicality in South Africa.

Their destructive style marked a complete turnaround from the attractive Total Football philosophy pioneered by Rinus Michels and Johan Cruyff which guided them to consecutive World Cup finalsin the 1970s, though they were defeated on both occasions.

Dutch great Cruyff slammed Van Marwijk's team for playing "anti-football" in the wake of the 2010 defeat, while Spain were hailed for their exciting passing game which helped them claim a first ever world title as well as success in two successive European Championships.

Van Marwijk said in the wake of the 2010 competition that he was proud of his players for coming in second.

But while Del Bosque held back from chastising the Dutch for their harsh tackles on his side, he revealed that Van Marwijk went out of his way to say sorry to his counterpart.

"He felt a little bit.He didn't completely agree. We had a big respect for Netherlands and their whole traditional style," Del Bosque said in an interview withGoal.

"In the beginning of the game, in their early steps trying to destroy our game they did some things that weren't that good but I am nobody to scold it.

"But it is true he came to Madrid in December to join us for a while. He is such a gentleman, a great guy. You must be a special guy for making these kinds of gestures."