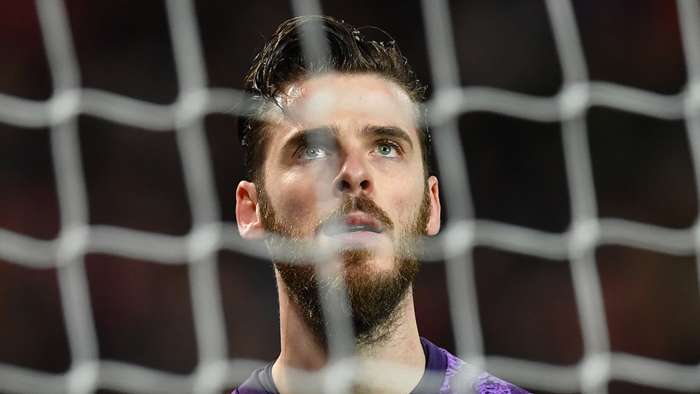 Paul Scholes has defended David de Gea after his poor performancein the semi-finals of the FA Cup, insisting the Manchester United goalkeeper "will be back".

It was an evening to forget for De Gea, who committed twoerrors to gift the Blues a healthy advantage and leave the Red Devils with a mountain to climb.

The Spaniard allowed Olivier Giroud's tame effort to creep in at his near post in first-half stoppage time,before fumbling Mason Mount's long-range shot into the net just after the interval.

A Harry Maguire own goal added gloss to Chelsea's victory, with Bruno Fernandes scoring United's only goal from the penalty spot late on.

Ole Gunnar Solskjaer backed De Gea after his previous errors against Watford, Everton and Spurs earlier in the season, but admitted that his No.1was guilty of a vital lapse in concentration for Chelsea's second goal when speaking to reporters post-match.

He said: “It’s hard for a 'keeper to make amends. So much easier for outfield players. David showed in the rest of the game, he made a few good saves.

"He knows he should save that one100timesout of 100but that's football for you."

Former United 'keeper Mark Bosnich has been among those to question whether De Gea should retain a place in Solskjaer's line up for the final two games of the Premier League season, but Scholes thinks critics have been too quick to jump on a man who has won four Player of the Year awards at Old Trafford.

The Red Devils legend wrote in a post on Instagram: "Yep, he’s having a bad time. But without him, Unitedwouldn’t have finished in the top 10 the last 6 years…he’ll be back!"

Solskjaer is currently preparing his squad for a crucial showdown against West Ham at Old Traffordon Wednesday, where a draw or a win will be enough to see them move into the top four.

United will then wrap up their latest domestic campaign with a trip to the King Power Stadium to face Leicester, which could be a decider in the race for Champions League qualification, before focus shifts to the Europa League restart next month.