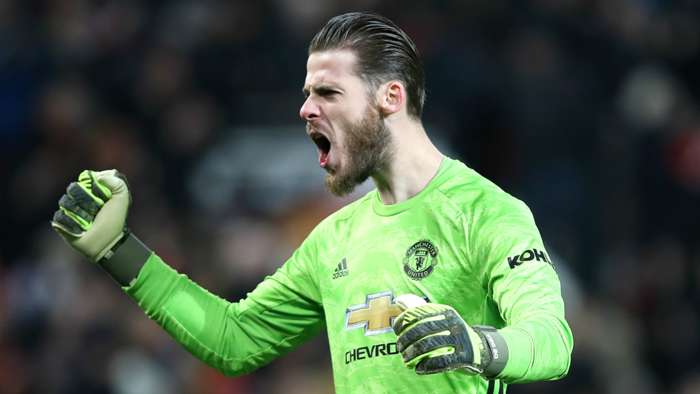 David de Gea is planning on spending “many years” at Manchester United, with the Spaniard looking to take in another 400 games for the club.

The 29-year-old has overtaken the legendary Peter Schmeichel on the list of most prominent goalkeepers in United’s history.

He does not have the medal collection to match the iconic Dane, though, and is determined to put that right over the coming years.

De Gea is tied to a long-term contract that he signed in September 2019, with the intention being to remain the Red Devils’ No.1 for the foreseeable future.

He told United’s official website, with the emergence of Dean Henderson on loan at Sheffield United seeing questions asked of his role at Old Trafford: “I’m very, very proud to reach 400 games.

“I just want to keep playing and enjoying training and enjoying being with my team-mates and the staff and everyone. I just enjoy wearing the Manchester United shirt in every game and to play at Old Trafford is always special.

“I’m grateful to be here and hopefully I can be here for many years.”

De Gea has seen the odd mistake creep into his game this season, but he has been a model of consistency for the most part across a nine-year spell at Old Trafford and thefour-time Player of the Year is eager to thank all of those who have made his time with United so special.

He added: “I just want to say thank you to everyone for their support from the first day I came here.

“It’s great to feel the support of everyone. We have the best fans in the world so it’s great to play for them.

“Let’s keep going and keep fighting for the club and for the fans, and try to fight for trophies and something big for the pride of this club – let’s keep going.”