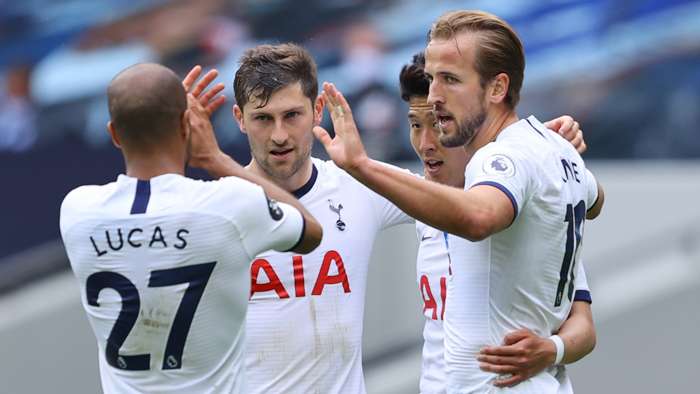 Tottenham make the short trip to Selhurst Park to face Crystal Palace in the final game of the Premier League campaign on Sunday.

The Eagles, meanwhile, have endured one of the poorest ends to the campaignof any side with Roy Hodgson's men losing their last seven matches to negate any chance of a top-half finish.

The side from south London have suffered three defeats in the three home games they have contested since the restart and bet365 offer them at 5/1 (6.00) to end that run with a win.

Spurs boast an exceptional record against their cross-city rivals, winning each of their last seven league clashes with Palace, and another success is priced at 55/100 (1.55) with the draw at 3/1 (4.00).

The visitors will be without injured duo Juan Foyth and Tanguy Ndombele, while Dele Alli could be doubtful with a hamstring issue.

Selhurst Park has seen precious few home goals this season, with Palace's total of 14 strikes in 18 games by far the lowest in the division.

Hodgson's team have scored in just one of their last seven games and they face a Spurs team against whom they have an abysmal record.

Not only have the north Londoners won the last seven league meetings between these two teams, they have done so without conceding a goal and there could be some interest in backing a repeat this weekend.

Tottenham have looked more solid since shipping three goals to Sheffield United, keeping three clean sheets in their last five games, and they should be able to record another shut-out against a side badly out-of-form, missing key players and with nothing to play for.

The visitors are offered at 7/4 (2.75) to win to nil, which looks to offer terrific value given their record in this fixture as well as Palace's problems.