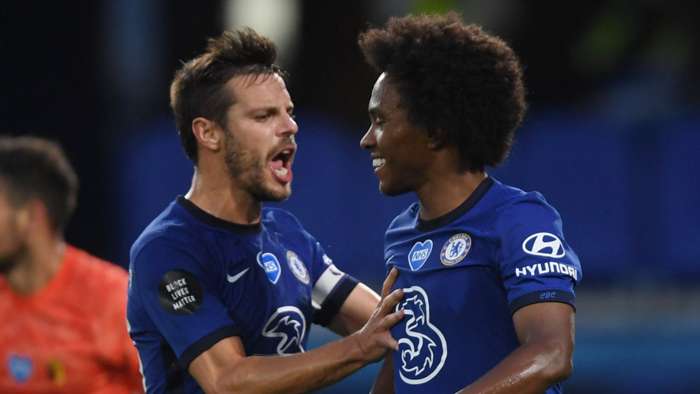 Chelsea have the chance to move into the Premier League’s top three for the first time since November when they travel to Selhurst Park to take on Crystal Palace on Tuesday.

The Blues are just a point adrift of third-placed Leicester, who play away against Arsenal later on in the day.

Having won each of their last four matches against this opposition, they are 9/20 (1.45) favourites with bet365 to apply some pressure by coming out on top here.

Roy Hodgson’s men come into this match on the back of a three-game losing streak, but can be backed at 6/1 (7.00) to bounce back with a shock win against their London rivals.

None of the last 17 meetings between this pair have resulted in draws, but you can get odds of 7/2 (4.50) on them cancelling each other out in this one.

Long-term absentees Martin Kelly, James Tomkins, and Jeffrey Schlupp remain the only injury doubts for the home side.

N’Golo Kante is unlikely to feature after suffering a hamstring injury against Watford at the weekend, while Fikayo Tomori and Mateo Kovacic are short of fitness despite returning to training.

As well as their regular struggle for cutting edge - having scored fewer goals than anyone but rock bottom Norwich this season and failed to find the net in three successive games - the Eagles also seem to have lost their usually robust defence recently.

With eight goals conceded in their last three fixtures, it is hard to see them competing with Frank Lampard’s side, which has scored at least twice in nine of the last 10 league matches.

Indeed, odds of 5/4 (2.25) look like solid value on a motivated Chelsea outfit winning by at least two clear goals against a Palace team with nothing to play for and seemingly lacking in inspiration.