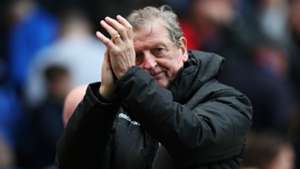 Crystal Palace manager Roy Hodgson has said that he will not contest any potential decision from the government to ban over-70s from football matches in England due to the coronavirus outbreak.

Fears over the spread of the virus in the UK has resulted in sporting authorities meeting with the government to discuss measures to contain the epidemic.

One possible solution that has been reported is the prospect of banning over-70s from attending matches in the Premier League.

Were that to become official, it could potentially effect 72-year-old Hodgson, whose Palace side are in contention for a European place, with just nine matches now remaining for the Eagles.

Speaking to Sky Sports after a 1-0 win against relegation-threatened Watford, the former England manager said: "I'll wait and see what happens and it's not something that concerns me.

"I presume they'll be doing that to protect us. I've read that it's the people that are older that are most at risk but I feel very healthy.

"Being at the club will keep me a lot healthier - more so than the average guy who spends a lot of his time on the tube."

The Premier League have introduced protocol to limit the spread of the virus, including the banning of handshakes - though it was noticeable that at the end of Saturday's games, players were seen shaking hands and hugging.

Hodgson continued: "We are doing our level best at the club to respect all the guidelines - we have cleaners going around disinfecting the training ground, we have hand-washes everywhere and players are no longer shaking hands or hugging each other.

"We're doing all the things that are there to be done. But in the final analysis we're in the hands of the government, who will make a decision on behalf of the country.

"We live in a democracy and we're law-abiding citizens. I'll have to abide by that when the time comes but I've never felt healthier or happier. At a time where people are asking questions, I'm in the best possible place."

A month ago Palace were nervously looking over their shoulder but three wins in as many matches means that the South London club are only four points off fifth-placed Wolves.