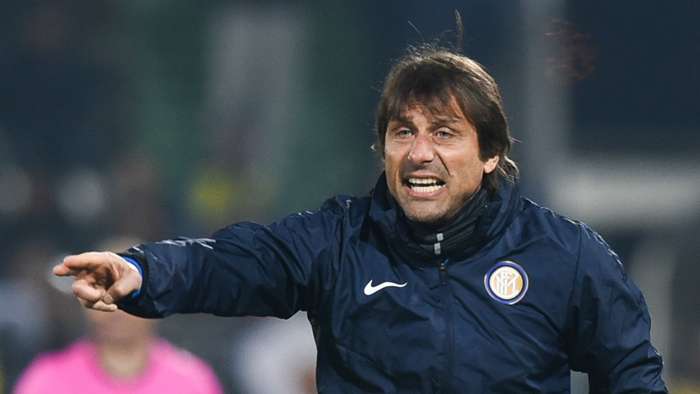 Inter CEO Giuseppe Marotta has responded to Antonio Conte's outburst over a lack of support from the board at San Siro, insisting the Italian manager's "work has made itself felt".

The 51-year-old and several of his players came in for intense criticism when Lazio and Atalanta overtook Inter following the resumption of Italian football in June, before a return to form was enjoyed in the final weeks of the campaign.

The Nerazzurri picked up maximum points from their last three games to earn a second-place finish,their latest victory coming away at Atalanta on Saturday.

Conte vented his frustration towards the club for failing to protect him or the squad during a turbulent period after the 2-0 win, telling Sky Sports:"Neither my work nor the players' work was acknowledged, I found little protection from the club when making comparisons.

"If you want to reduce the gap with Juventus you have to be strong on the pitch but above all off it."

When asked to address Conte's comments, Marotta praisedthe head coach for making significant changes at San Siro in his first 12 months at the helm, while insisting the team is now on the right path towards future success.

The Inter chief told the club's official website: "It is not easy to analyse objectively. Obviously we have dropped points, but we have learned from these situations too. We have seen an improving team.

"Negative experiences will become great qualities in the future. We must continue on this path, to raise the barmore and moreand give satisfaction to the fans. We have a squad that has shown a lot and is up to par.Conte's work has made itself felt."

Marotta went on to express his "pride" after seeing Inter close the gap to perennial championsJuventus in the final Serie A standings to just a single point, adding: "We have created a model that is giving a lot of satisfaction.

"If we look at the statistics, we have finished Serie Ain second place, with the best defence, with the greatest number of away victories.

"It means we havedone agood job and credit must be given to everyone, to Conte and all of them the coaching staff.