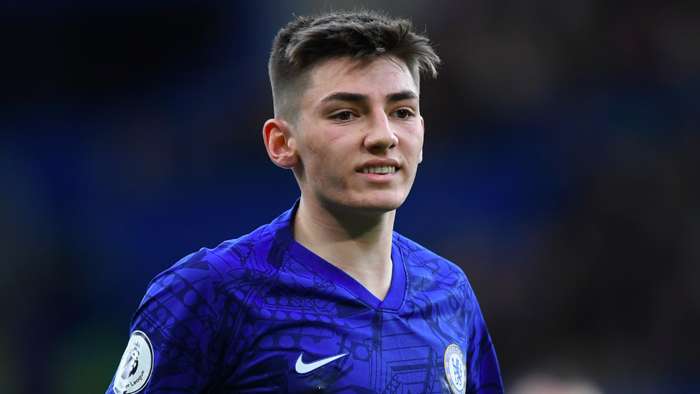 Chelsea's injury problems in midfield are growing after Billy Gilmour was ruled out for the rest of the Premier League season due to a knee injury.

Along with Gilmour, N'Golo Kante and Mateo Kovacic are expected to miss this weekend's clash with Sheffield United after suffering minor hamstring and Achilles problems respectively.

Chelsea still have a host of options in midfield with Jorginho likely to start away at Brammall Lane on Saturday, having been increasingly on the fringes of the squad following the restart.

The Blues will then play three more league games, as well as facing Manchester United in the FA Cup, while they have their last-16 match away at Bayern Munich still to come in the Champions League.

There may be some hope that Gilmour can make the Champions League tie, but the 3-0 deficit from the home defeat makes it unlikely the west Londoners will progress.

Mason Mount, Ross Barkley and Ruben Loftus-Cheek all rank as more attacking options, while Lampard has the option to move Reece James into the middle having seen him play that role on loan at Wigan Athletic last season.

The Blues have also called up a host of academy players to the first-team squad in these instances, just in case an injury crisis might hit, with Premier League clubs playing up to three matches every week.

Lewis Bate has been with Lampard and the first-team group since the return to training in early July and he could make a squad in the near future.

The 17-year-old has played 24 times at various age groups this season from the Under-18s to the Under-23s, scoring four times and providing six assists. He spoke of being called up to work with his senior colleagues more regularly at Cobham Training Centre.

"I was sitting in my garden with my family and I got a call from the club doctor saying I needed to come in for a Covid-19 test the next day because I was joining the first-team bubble," Bate said to the Chelsea website.

"I thought it would be just in case they needed us but within two days I had joined in training in small groups at Cobham. We began working on fitness because the first team had a week’s training on us already but then after a week we all joined in together and it’s been consistent ever since.

"I trained with them four times during the normal season and the tempo and quality is high but training with them day-in, day-out just highlights how much quality they have - even after three months without playing! It’s been a good experience and playing with the world-class players we have will only make us better footballers.

"Kante is a central midfielder like me and I’m learning from him - the way he conducts himself on and off the pitch is good. One day I’ll be on the same team as him in training and the next day I’ll be up against him trying to play as the opposition do, which will only help make me a better player as I have to raise my game."