‘Chelsea will have asked: Do we need Willian?’ – Melchiot not surprised by Arsenal talk

‘Chelsea will have asked: Do we need Willian?’ – Melchiot not surprised by Arsenal talk 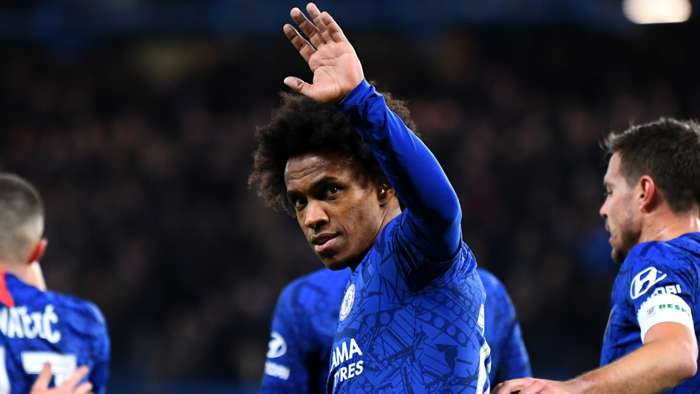 Chelsea will have thought hard about allowing Willian to run down his contract, says Mario Melchiot, with the Blues’ philosophy when it comes to ageing stars seeing them ask: “Do we really need this player?”

The Blues had been hoping to agree fresh terms with the South American, but were reluctant to meet the three-year extension request of a 31-year-old performer.

Willian is now set to drop into the free agent pool, with there plenty of speculation to suggest that he will be crossing London to link up with Arsenal.

Questions have been asked of why Chelsea would allow a proven performer to slip through their net.

They have, however, already tied up a deal for Hakim Ziyech and have the likes of Christian Pulisic, Callum Hudson-Odoi and Mason Mount on their books.

With that in mind, and the club only putting two-year deals to those beyond the age of 30, Melchiot believes the Blues will not be overly concerned at losing Willian.

The former Chelsea defender told BBC Radio 5 Live: “Arsenal, in my time, were the Invincibles – they had a great side and I think they still are a good team.

“Don’t get me wrong, they always produce some talented players.

“But when you look at Chelsea, they tried to hold onto a certain key thing now where players, when they get to a certain age, they always consider ‘do we really need this player?’

“I think with Willian, they made it clear. They negotiated a deal and it didn’t come the way Willian wanted it to.

“Arsenal were listening to that and tried to pinch him right before anything could happen.”

Willian saw an untimely injury prevent him from figuring for Chelsea in their recent 2-1 defeat to Arsenal in the FA Cup final.