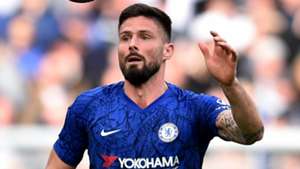 Chelsea and Liverpool go head-to-head on Tuesday night in what is the headline fixture of the FA Cup fifth round.

These two sides have a storied history in this competition and have met on 10 occasions, including the 2012 final which Chelsea won 2-1, and Frank Lampard's men are favourites to emerge victorious in this one, too.

Using bet365's Bet Builder, which allows punters to combine multiple selections from the same game into the same bet, our tipster has come up with a 10/1 (11.0) wager.

The bet consists of: Both Teams to Score, Over 11 corners in the match, Over 0 cards for Chelsea, Olivier Giroud to score anytime.

Clean sheets have been hard to come by for Chelsea in recent weeks, with the Blues conceding in each of their last eight games in all competitions to the tune of 14 goals.

However, they have also scored 10 goals in that time and so both teams to score looks a solid selection from the point of view of the hosts.

Liverpool's defensive record has taken a hit in the last two weeks with the Reds conceding six times in their last three games, and with a rotated team likely on the cards, it is difficult to see them holding their opponents.

Olivier Giroud could be the man to take advantage of the Reds' floundering backline, with the Frenchman likely to start in place of the injured Tammy Abraham.

Although he has just two goals for Chelsea in all competitions this season, Giroud's record against Liverpool is enviable with seven strikes in 12 starts in his career.

With goals likely to be on the agenda, corners therefore should be too. Chelsea have taken 14 corners across their two FA Cup games whilst giving up 4.5 on average. Liverpool, meanwhile, have taken 29 in their three fixtures in the tournament and conceded 12.

Finally, Lampard's side have picked up three yellow cards in their FA Cup campaign so far, receiving one in the third round and two in the fourth when they won 2-1 at Hull City.