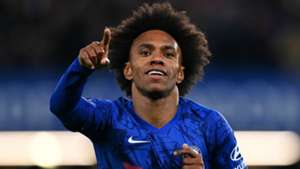 After their impressive FA Cup win over Liverpool, Chelsea will be aiming to get their Premier League campaign back on track when they welcome Everton to Stamford Bridge on Sunday.

Frank Lampard's team is currently three points clear of Manchester United in fourth, although they have only won one of their last six league fixtures.

Unbeaten in 24 league home games against this opposition, they are 4/5 (1.80) favourites with bet365 to extend the feelgood factor with another victory here.

However, the Toffees have come out on top in each of the last two encounters, and can be backed at 16/5 (4.20) to collect all three points once again.

Willian, Mateo Kovacic and Andreas Christensen are doubtful, while N'Golo Kante, Callum Hudson-Odoi, Christian Pulisic and Tammy Abraham are all definitely out. Jorginho is suspended.

Lucas Digne and Seamus Coleman will face late fitness tests, with Jean-Philippe Gbamin and Morgan Schneiderlin both ruled out.

Although they put in a strong performance to keep at bay an admittedly weakened Liverpool attack, the Blues haven't kept a single clean sheet in six matches - conceding twice in four of the most recent five.

That run looks set to continue against Carlo Ancelotti's men, who have found the net in each of their last 10 matches and scored 11 times in the most recent five.

Chelsea vs Everton Tips and Predictions

Considering the guests have also conceded in 14 consecutive league away games, even money (2.00) seems like good value on both teams getting on target and over 2.5 goals being scored for their fifth league game in six - as well as a fifth in six for Chelsea.