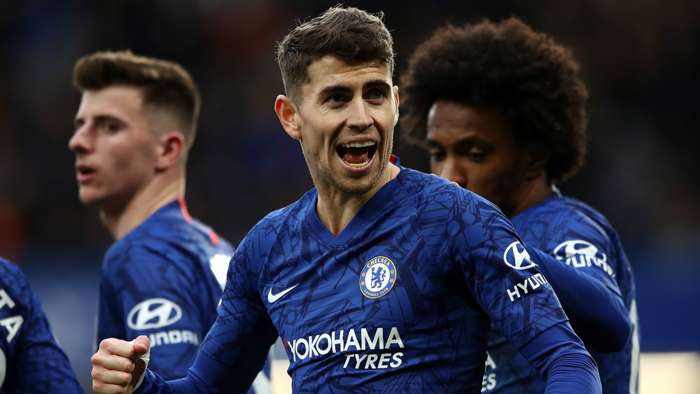 Chelsea will be “stuffed” if they agree to sell Jorginho and do not bring in another defensive midfielder, claims Craig Burley.

Frank Lampard also has the potential of Scottish starlet Billy Gilmour to call upon, while Mateo Kovacic has filled a holding post in the past.

Burley, though, believes that another experienced option would be required if Jorginho is moved on.

The former Napoli star has been linked with a return to Italy, with another reunion with former Blues boos Maurizio Sarri being mooted at Juventus.

Lampard has given limited game time to the 28-year-old of late, but Burley believes he fills an important role in the squad at Stamford Bridge.

"Billy Gilmour's come in but he's a young man learning the game and that's a lot to ask, but he'll get some game time.

"Kovacic is there, Barkley's had game time, Ruben Loftus-Cheek is back although he's more attacking.

"But I suppose the answer would be to have protection, if Frank Lampard sees it that way, if there's an injury to N'Golo Kante, they're kind of going to be stuffed for somebody who can play a deeper-lying midfield role and protect that back four."

Lampard has claimed to be happy with his options in the engine room, with the Chelsea boss offering no indication that he is planning for possible comings and goings.

He has said ahead of a meeting with Sheffield United on Saturday: "I have selection issues in midfield. Good issues because I have N'Golo Kante, Billy Gilmour, Jorginho and Mateo Kovacic.

"And then in slightly more advanced areas I have Mason Mount, Ross Barkley and I have Ruben Loftus-Cheek now.

"There are always players who are maybe unhappy or have moments out of the team, and that's Jorginho at the moment.

"If a player is missing for one game or a few games, it doesn't mean in any way that they are out of my thoughts going forward.