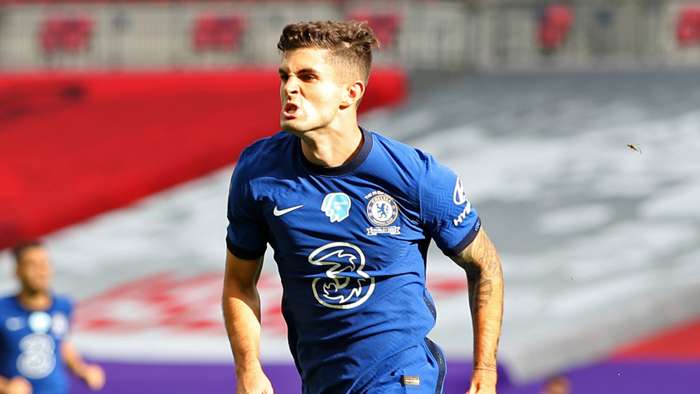 Christian Pulisic made history on Saturday with his early FA Cup final goal to put Chelsea ahead against Arsenal, while also becoming the youngest man to score in the fixture since Cristiano Ronaldo 16 years ago.

And he gave his side the perfect start, converting from close range past Emiliano Martinez after just five minuteswith the Gunners defence caught flat-footed.

The former Borussia Dortmund prodigy is only the third United States international to have appeared in English football's historic showpiece clash, after Sheffield Wednesday's John Harkes in 1993 and Tim Howard, who represented both Manchester United (2004) and Everton (2007) in the clash.

Neither of those stars had managed to score in a final, marking Pulisic out as the first to do so among his compatriots.

Pulisic's strike was also Chelsea's fastest in an FA Cup final since Roberto Di Matteo hit the netwith less than a minute on the clock against Middlesbrough back in 1997.

At just 21 years and 318 days, meanwhile, he is the youngest man to score in the fixture since Cristiano Ronaldo, who was aged19 years and106 days when he opened the scoring for Manchester United against Millwall in 2004's edition at the Millennium Stadium.

The US international's feat did not go unnoticed, with several of his USMNT colleagues and many observers taking to social media in order to pay tribute to his special talents.