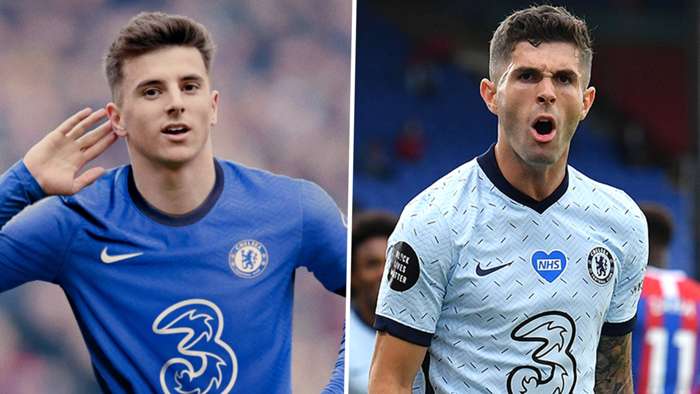 Frank Lampard's young Chelsea side are in the middle of undergoing a rebuild, and their new jerseys are a reflection of the club's long-term vision to be restored to the Premier League elite.

Goal has the latest information about Chelsea'snewest shirts - home, away and third - as well as when they expected to be fully released and more.

The Blues' newest home shirt under Nike is an overhaul of their previous jerseys,a nod to the London side's young team underLampard.

Three, a UK telecommunications and internet service provider business, has replaced Yokohama Tyres as the club's main sponsor. The red accents of previous home kits are abandoned in favour of a solid dark blue colour with a black trim.

The sleek kit is said to be inspired by west London tailors Savile Row and has been backed by one of the top performers in the squad for 2019-20.

The club said: "Chelsea’s 2020-21 home kit brings a touch of Savile Row to Stamford Bridge by blending the latest in athletic innovation with the finesse of fine London tailoring."

"The kit is really, really smart – very Chelsea," forward Tammy Abrahamadded. "You can see the story behind the kit with how it looks and all the little touches that remind you of a good suit.

"I think we will certainly be the best dressed team next season."

The west Londoners have adopted an Arctic blue shade for their away kit,which is to reflect the "millennial swagger" shown by their young side.

It builds on from using the tailors of Savile Row as inspiration, with the club saying:“Chelsea’s stunning 2020-21 away kit effortlessly blends an aura of traditional London tailoring with the energy and colours of today’s SW6.

“Building on the theme of the club’s new home look, the Blues’ changed colours celebrate the capital’s love affair with the craftsmanship of master tailors.

“However, the away kit adds an injection of millennial swagger – perfect for the confident, emerging talents lighting up Stamford Bridge under head coach Lampard."

Lampard's side debuted their away colours in their Premier League victory against Crystal Palace on July 7, with fans able to purchase the shirt starting July 30.

Chelsea's third kit has yet to be announced, but full details are expected to be revealed later in July.

Last year the third kit was launchedin early September, ahead of the Blues' Champions League group stage campaign. Third kits are often used by elite clubs for European away matches.

There could be an opportunity for Lampard's men to trial the new third kit in their last 16 second leg against Bayern Munich, which the German side are overwhelming favourites having won 3-0 at Stamford Bridge earlier this year.

Chelsea are currently in the running for a Champions League place in 2020-21, but failing that a Europa League spot is all-but-assured given their third-place position with four games to go.