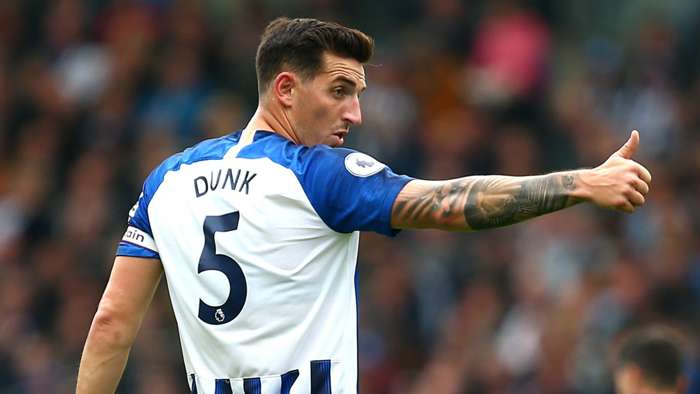 Chelsea were reportedly lining up a £40 million ($52m) summer swoop for Dunk, while Tottenham have also been credited with an interest in his services in recent weeks.

The 28-year-old has, however, ultimately decided to extend his stay on the South Coast, as he remains fully committed to Graham Potter's project in the Premier League.

“I’m delighted to have signed a new contract,” Dunk told the club’s official website after the announcement on Friday. “The aim now is to build on a record Premier League season and help the club continue its recent progress over the next five years.”

Potter added on Dunk's new deal: “We’re absolutely delighted that Lewis has made this long-term commitment to the club. It’s fantastic news for everyone: the club, the supporters, the team and myself.

“Since I came to the club he’s been a joy to work with and he’s a top player. We are very lucky to have him.

“I think his role as captain is one he’s grown into and one he will do better and better for the next few years.

“He leads by example on the pitch and he’s a good lad off it – a delight to work with.

“We’re all determined to push on next season and establish the club in the Premier League and I’m really pleased that Lewis will be with us on that journey.”

Dunk has racked up 309 appearances for Brighton since graduating to the senior squad in 2010, scoring 19 goals.

The English defender played a key role in helping Potter's side beat the drop last season, and they will be aiming to push for a top-half finish in 2020-21 after dipping into the summer transfer market.

The Seagulls were able to bring in Adam Lallana on a free transfer following his Liverpool exit, while Netherlands international Joel Veltman has arrived at the Amex from Ajax for just €1 million.