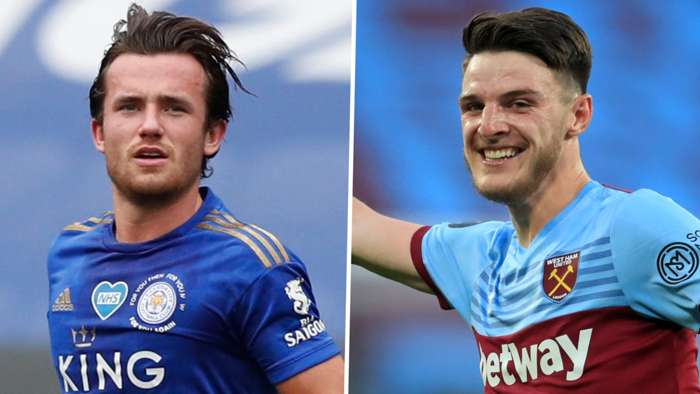 Chelsea have been left frustrated in their attempts to signBen Chilwell and Declan Rice, with both Leicester City and West Ham not interested in listening to offers for their star players.

The 23-year-old was open to moving to Stamford Bridge and toppedLampard's shortlist of left-back targets having earned his spot as England's regularleft-sided defender under Gareth Southgate.

Lampard felt that the full-back would fit in well in his squad, with Chilwell having a number offriendsin the Blues' first-team.

However, Brendan Rodgers has no interest in letting one of his prized assets leave to a rival and Leicester do not need to sell, with Chilwell having four years left on his contract.

"There's no intention to sell Ben Chilwell and there's absolutely no need to sell," Rodgers said last week. "So the message is he's not for sale - it's as simple as that."

Chelsea may opt to move for Ajax star Nicolas Tagliafico instead,with Atletico Madrid concerned that their interest will be disrupted by the Premier League club.

Similarly, Lampard is a strong admirer of West Ham midfielder Rice, who has become the London club's most prized assetas they consider selling players to raise funds for further business.

The Hammers have survived relegation and want the 21-year-old, who has four years left on his deal with an option for an extra year, to continue working with David Moyes next season.

They will therefore look to sell other players to fund future business in the upcoming market and have refused Chelsea's initial advances, which includedswap deals involving theirwantaway stars.

West Hamwill turn down any offersthat includeMichy Batshuayi and Ross Barkley, even though they are two players they have previously been interested in signing.

Elsewhere,Goal can confirm that Callum Hudson-Odoi remains committed to the club despite playing just 48 minutes since lockdown.

The 19-year-old has yet to reach his full match fitness following a rupture to hisAchilles tendon last season and he saw illness and a minor injury disrupt his return after the coronavirus lockdown in the UKwas lifted.

The form of Christian Pulisic and Willian means there have been few opportunities for the England international in recent weeks, but he will continue to fight for his place having only just signed a new five-year contract at the beginning of the season.

Chelsea have already been very active in the transfer window, signing both Ajaxwinger Hakim Ziyech and RB Leipzig forwardTimo Werner for a combined fee of £84m ($105m).