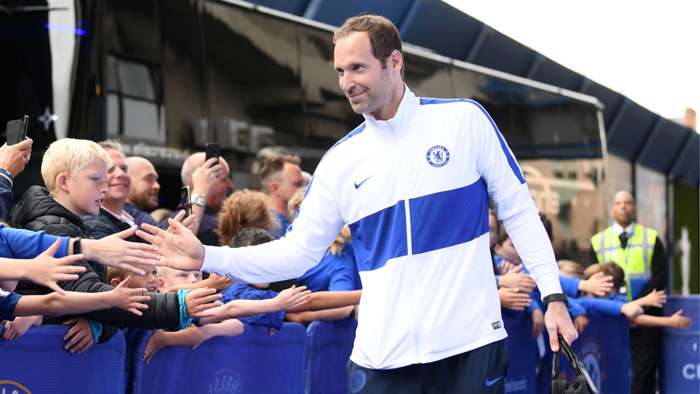 Peter Cech says he's "100 per cent ready to help if needs be" after his shock inclusion in Chelsea's Premier League squad.

The ex-Czech Republic shot-stopper had spells at Chmel Blsany, Sparta Prague and Rennes before being snapped up by Chelsea in 2004, which is where he managed to take his game to new heights. He made more than 300 appearances for the Blues in total and helped them win 15 trophies, including four Premier League titles and the Champions League.

Cech eventually moved on to pastures new at Arsenal in 2015and managed to add a fifth FA Cup to his silverware collection under Arsene Wenger, but hung up his gloves after a Europa League final defeat against Chelsea the following year.

The 38-year-old then returned to Stamford Bridge to take up a role as the Blues'new technical and performance advisor, and played a key role in convincing the club to fork out £22 million ($28m) for ex-Rennes keeper Edouard Mendy in the summer transfer window.

Mendy was brought in to replace world-record signing KepaArrizabalaga, who now finds himself Frank Lampard's third choicebehind the Senegal international and Willy Cabellero after failing to live up to expectations since his £71 million ($92m)move from Athletic Club in 2018.

Lampard also made the surprise choice to include Cech in his final Premier League squad for the 2020-21 campaign in case of emergencies, who has promised he will be prepared to come out of retirement and make a significant contribution should his services be required.

“It’s true that it would have been a professional error to do this if I wasn’t at Premier League level, but that’s not the way we work here," the Chelsea legend told Telefoot of his surprise return to the senior team. "I know I’m 100 per centready to help if needs be. I’m fit, and with the two months of training, I’ve seen I have the same quality.