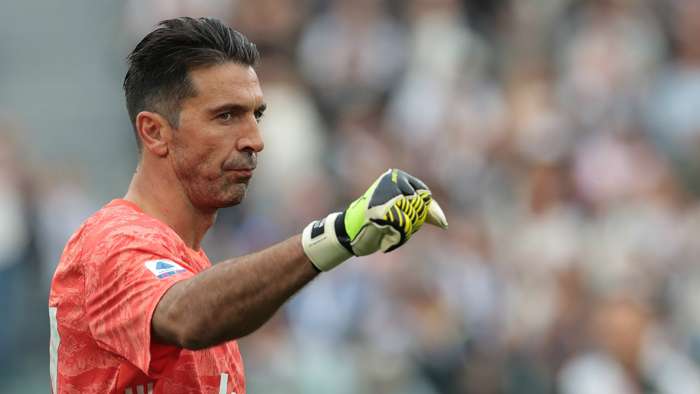 That mark was hit in a derby date with Torino on Saturday.

Buffon had been stuck on 647 games in the Italian top flight since December, with Wojciech Szczesny currently Juve’s first choice between the sticks.

The veteran shot-stopper also saw the coronavirus pandemic work against him, with competitive football shut down for three months.

Buffon did, however, commit to a new 12-month contract during that break and now has further cause for celebration.

He was named in Maurizio Sarri’s starting XI for a meeting with Torino.

Said outing has carried him clear of Milan great Maldini – a man he once operated alongside in the Italian national side.

Buffon will hope that there are many more Serie A outings to come, with there no sign of him slowing down.

He has told Randstand Italia of playing on well beyond his 42nd birthday: “I still have the fire burning inside of me.

“I keep playing because I feel good and I’m competitive, plus I always want to improve.

“The moment I became a No.1, that passion turned into work, an obligation not to look bad and to always remain at the top.

“In the last 12 years of my career, I’ve enjoyed victories little and thought a lot about the defeats.

“When you’re used to winning, it seems normal. In that sense, the wins have a minor impact on you but frustration of losing remains.

“I must try making peace with this, otherwise I risk never quitting.”

Buffon has helped Juve back to the top of the Serie A table this season, with the Bianconeri looking to wrap up a ninth successive crown.