‘Bruno’s a team player; only Maradona can win on his own!’ – Solskjaer salutes Man Utd talisman Fernandes

‘Bruno’s a team player; only Maradona can win on his own!’ – Solskjaer salutes Man Utd talisman Fernandes 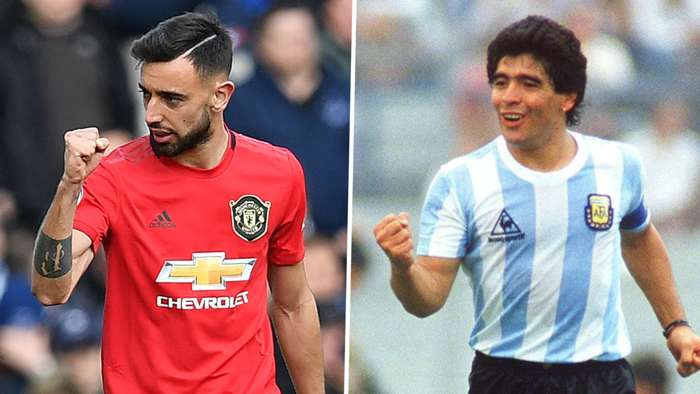 Bruno Fernandes is “a team player” at Manchester United, says Ole Gunnar Solskjaer, with Diego Maradona the only man who was capable of winning anything on his own.

With the Portuguese playmaker pulling the strings in midfield, United have enjoyed a renaissance that few could have predicted at the turn of the year.

Solskjaer’s side are unbeaten through 17 games in all competitions and well in contention for a top-four finish and major honours.

Fernandes has become crucial to their plans in the present and future, with the 25-year-old securing back-to-back Premier League Player of the Month awards.

His presence has helped raise the collective standard at the Theatre of Dreams, but Solskjaer is eager to point out that United are no one-man band.

He told the club’s official website of Fernandes ahead of a meeting with Southampton on Monday: “He’s made an impact since he’s come in but he’s a team player.

“That’s what you see with him, he plays for the team and plays to create chances, he works his socks off and he does everything a Man United player should be doing.

“He thinks about the team first, then his own performance, and I’m sure he’d change all these personal awards into trophies for the team and a Champions League position for next season.”

Fernandes is considered to have had a positive impact on those around him, with others dragged up to his level, but Solskjaer has been quick to hail the collective effort in what has been a welcome upturn in fortune for all concerned.

He added: “I think what Kieran McKenna and Michael Carrick are doing on the training pitch is fantastic. There's enthusiasm, players are enjoying training and enjoying playing and they enjoy working.

“Paul Pogba mentioned it in an interview last week as well, it’s not just the free-flowing football that is the reason for us being where we are and playing as we do, it’s the hard work.

“Anthony Martial from the front leading the line as a number nine, but he also wins the ball back with Marcus Rashford and Mason Greenwood, and Bruno has got that enthusiasm and energy.