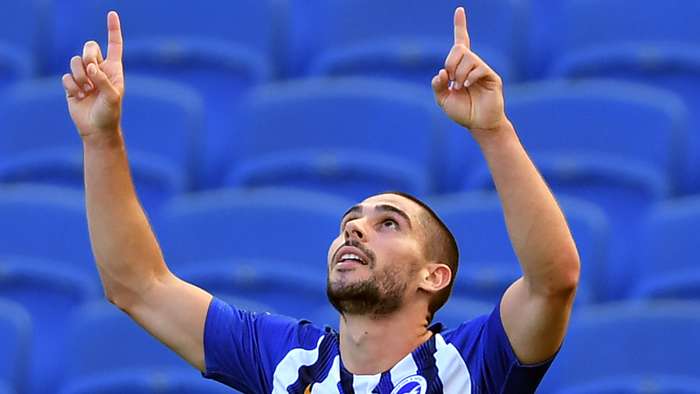 Brighton will be looking to secure their Premier League status when they welcome Newcastle to the Amex Stadium on Monday.

Nevertheless, they are priced at 5/6 (1.83) with bet365 to remove any fear of an unlikely relegation by coming out on top in their final home game of the season.

Steve Bruce’s men come into this clash on the back of a three-game losing streak, but are available at 10/3 (4.33) to return to form with a victory here.

Three of the last four encounters between this pair have resulted in draws, and you can get odds of 13/5 (3.60) on them cancelling each other out once again.

Adam Webster and Alireza Jahanbakhsh will face late fitness tests, while Jose Izquierdo and Steven Alzate are unlikely to feature.

With so many defenders out injured, it is hard to see a Magpies side that has conceded 12 goals in the last four matches putting up a particularly stern resistance at the back.

However, they may have more joy at the other end of the pitch considering Graham Potter’s team has only kept three clean sheets in 20 fixtures on home turf this campaign, conceding 11 goals in just the most recent three.

Indeed, even money (2.00) looks like solid value on over 2.5 goals being scored for Brighton’s fifth consecutive game in their own backyard, as well as a sixth match in six for Newcastle.