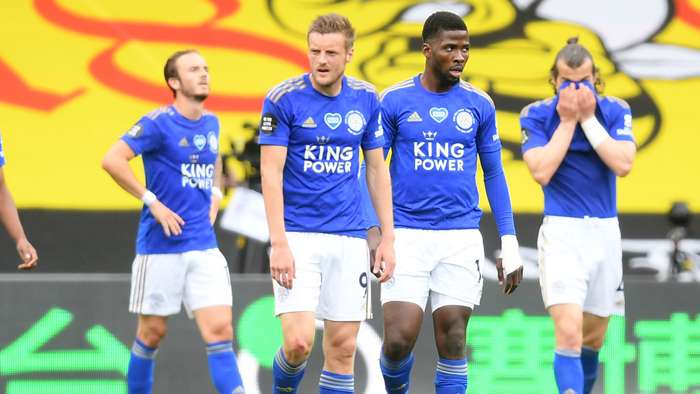 Leicester City will be looking to continue their Champions League push when they travel to Bournemouth on Sunday evening.

Bournemouth ended a five-game losing streak by holding Tottenham to a 0-0 draw on Thursday but are still three points away from safety.

Leicester won the reverse fixture 3-1 and bet365 make them just 4/6 (1.67) to become the sixth team to do the double over Bournemouth this season.

Victory for the Cherries would go a long way to helping their survival cause but the online bookmaker price them at 17/4 (5.25) to beat the Foxes at home for the third time in four seasons.

A draw could prove to be a precious point for Bournemouth and that result is available at 14/5 (3.80).

Adam Smith was stretchered off with an apparent head injury in Bournemouth’s draw against Spurs and will miss this clash, along with Steve Cook.

James Maddison and Ben Chilwell will both miss out again, whilst Harvey Barnes will hope to start after coming off the bench in Leicester’s last two matches.

After being 14 points clear of fifth and looking like they might even challenge for the title back in December, Leicester have struggled for consistency and are now in the top four by just a single point.

A tricky final three games await the Foxes after this one, with Sheffield United, Spurs and Manchester United the opponents, so it is imperative to their cause that they take maximum points at the Vitality Stadium.

Bournemouth did well to hold Spurs to a draw on Thursday but, in truth, Jose Mourinho’s men were exceptionally poor and did not have a single shot on target.

The goalless draw against Spurs means the Cherries have now scored just three goals since the restart and the result is more likely to be the exception to the rule rather than a sign of things to come.