Bolt: I didn't get a fair chance during football trial in Australia

Bolt: I didn't get a fair chance during football trial in Australia 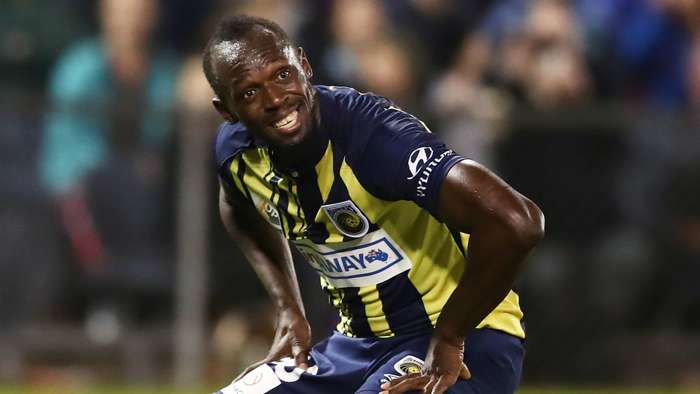 Usain Bolt believes he didn't get a fair chancewhen he attempted to become a footballer in Australia.

Despite scoring twice in a friendly match, Bolt failed to earn a professional contract with the club and would later fail to agree terms withMaltese sideValletta.

While now enjoying life away from sport after recently becoming a dad, the world's fastest man has claimed his attempt to become a footballer wasn't as smooth as it should have been.

"I think I didn't get a fair chance," BolttoldWide World of Sports. "I didn't do it how I wanted to do it, but it's something I think I would've been good at.

"But it's just one of those things you miss out on and just have to move on.

"I do think about it sometimes that it didn't work out the way that I wanted it to, because football is something that I love.

"The fact that it didn't work out I do think about it, but as I said, it's one of those things you've got to move past.

"I've had calls of people asking me if I really want to go back to football, but after the time period has passed, I'm like you know what, I'm getting old, let's just retire and I now have my daughter so she keeps me busy."

“I don't want to say it wasn't dealt with properly, but I think we went about it, not the way we should and you learn your lesson, you live and you learn," Bolt said at the time.

"It was a good experience. I really enjoyed just being in a team and it was different from track and field and it was fun while it lasted.