'Benzema is the best in the world, he deserves to win the Ballon d'Or' – Real Madrid president Perez

'Benzema is the best in the world, he deserves to win the Ballon d'Or' – Real Madrid president Perez 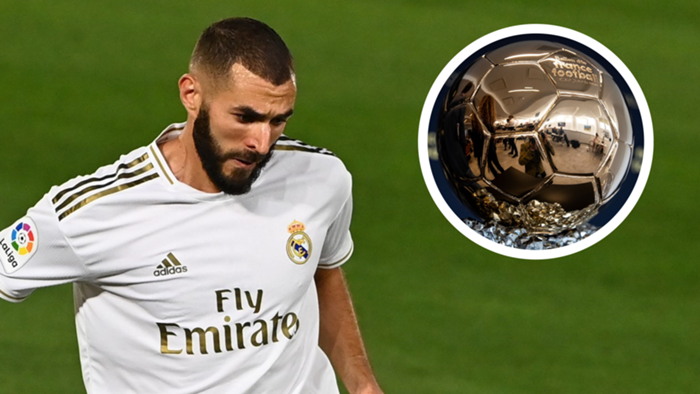 Real Madrid president Florentino Perez believes Karim Benzema is the best player in the world and deserves to win the Ballon d'Or after helping his team to yet another La Liga title.

Benzema was pivotal to Madrid's overall success during the course of the season, with his goals resulting in more points won than any other player in La Liga this season (16 points, 21 goals), and Perez believes the often-maligned Frenchman deserves to be rewarded for his efforts.

Following his club being crowned champions on Thursday, Pereztold El Transistor: “Benzema should win the Ballon d'Or, I have not seen another player have as good a year as him.”

Speaking to COPE the following morning, he added: “Benzema has been the most criticised player in the world but he's the best in the world. In terms of how he plays, he's a centre-forward more like Zinedine Zidane than Ronaldo Nazario.

Another player who has been key to Real's resurgence has been captain Sergio Ramos, who Perez was keen to reaffirm will likely retire at the Santiago Bernabeu.

“Sergio Ramos will continue at Real Madrid for as long as he wants and he knows that,” the president said. “As long as he has the strength – and he still has that strength – I think he will be with us for many years.”

The club's head coach, Zidane, was also singled out for praise, with the former France international having added yet another title to his impressive haul while in the dugout for Europe's most decorated team.

“I read in a tweet that they sent me that Zidane wins a title every 19 games,” he said. “What else can I say?

“We still have the Champions League to play and we are very excited. We hope that we can continue the momentum we have built during these 10 games and extend it into August. The entire team has managed to create an atmosphere of enthusiasm and hard work.