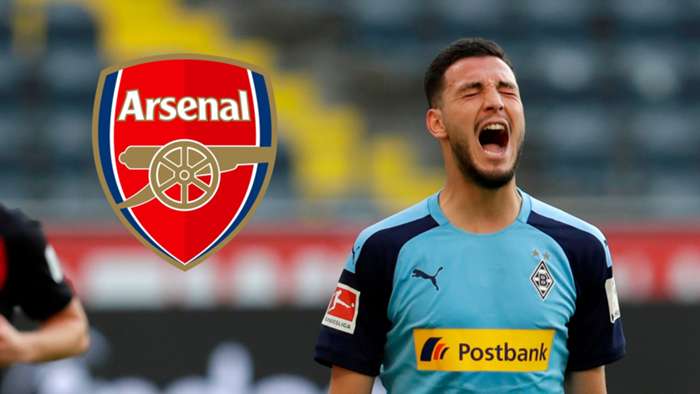 In 2015, Ramy Bensebaini was training and impressing with Arsenal's first team as he looked to secure a dream transfer after impressing on loan in Belgium with Lierse.

While a number of Gunners coaches liked what they saw from the young defender, his lack of European passport would sadly derail his hopes of a transfer.

Though still in some doubt over exactly why Arsenal couldn't make a move happen, Bensebaini looks back on his brief time with the club fondly and recalls one player taking him under his wing.

"I have no idea and can give no concrete answer to this question," Bensebaini told Goal and SPOX about his failed move to Arsenal.

"It all came as a surprise to me and I was disappointed, but at the same time confident that I would nevertheless become a professional in Europe one day.

"I was with Arsenal's second team for a short time at the beginning and then I joined the professionals. There were training sessions almost every day.

"In the end, five coaches decided on my future. Four of them lifted their thumbs and would have taken me. But one of them said that it was impossible to sign me because I didn't have a European passport and didn't play enough international matches.

"That was an outstanding and wonderful experience for me, especially at that time. I stayed at the hotel there. Marouane Chamakh was still playing for Arsenal at the time. I had the closest connection to him. He often came to see me or we did things together."

Bensebaini wouldn't let that setback stop him from making it in Europe, however, and eventually joined Ligue 1 club Rennes in 2016.

Though initially hesitant to make the move due to the weather, the Algerian would shine with the French side and even lift the Coupe de France in 2019.

"It was great there, I had a great time for three years," he said.

"I played regularly, developed and improved and in the end I even won the cup against Paris Saint-Germain. That was a sensational finish for me."