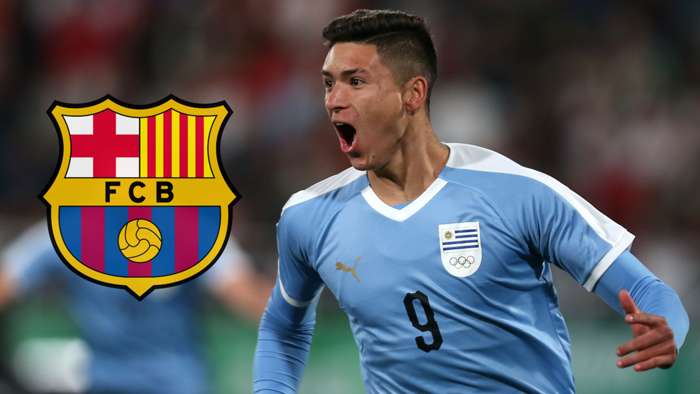 The 21-year-old forward opened his account with a hat-trick in the Europa League last month, while the Uruguay international has netted four goals across all competitions.

Jesus was asked about Nunez and rumoured interest from Barcelona following Benfica's shock 3-0 Primeira Liga loss to Boavista on Monday.

"There is no point in talking about it, it could just be sports news. I don't comment, I was more interested in commenting on Benfica's victory than Darwin," Jesus said.

The Catalansare reportedly interested in Nunez, who has been tipped by Jesus to surpass Joao Felix as the club's most expensive sale following the latter's €126 million transfer to Atletico Madrid last year.

"We got it right. We must not forget that he is a kid, he is 21 years old, there is a lot about the game that he does not know yet.He will learn with me and Benfica," Jesus toldSportTV last month.

"All this decision-making ability, finishing and speed...Hewas Benfica's most expensive purchase, and whenthere is no pandemic, he will be the most expensive sale.He will be a world-class player.

"Unfortunately for me, maybe I will lose him in a short time."

Nunez only joined Segunda side Almeria for the start of last season from Uruguay'sPenarol - where he plundered 16 goals to 30 league appearances to earn admiration all across Europe.

His performances with Uruguay's youth teams earned him a call-up to the senior national team in September 2019, scoring on his debut in a draw against Peru.

Benfica suffered their first league defeat of the season after succumbing to goals from Angel Gomes, Alberto Elis and Yanis Hamache.