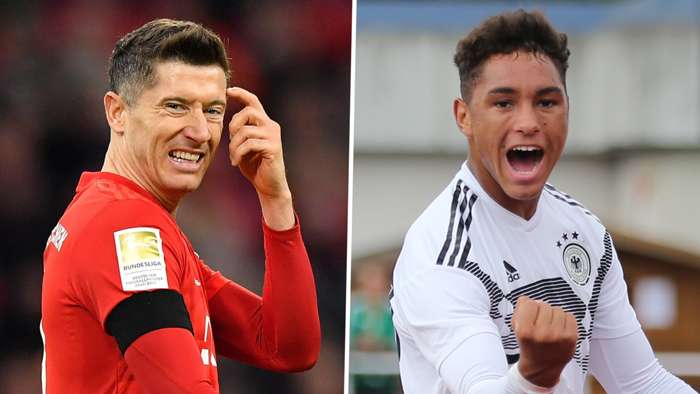 Hoffenheim director Frank Briel has hit out at Bayern Munich’s transfer policy, saying they benefit from other Bundesliga clubs’ hard work by poaching the best talent from academies.

No other side has won the title since Borussia Dortmund in 2011-12 and three star players from that squad – Robert Lewandowski, Mario Gotze and Mats Hummels – ended up at Bayern.

Hoffenheim were left furious earlier this year when Bayern signed two of their brightest academy prospects in Mamin Sanyang and Armindo Sieb, and some acrimony between the clubs clearly still remains.

Speaking at the announcement of Hoffenheim’s annual financial figures, club chief Briel said: “It is worth discussing, at least from a solidarity point of view, that Bayern are now actively involved in the talent-poaching business with a turnover of three quarters of a billion euros.”

While Briel admitted Bayern’s transfer tactics were probably strategically smart from their side, he said it was a real problem for clubs like Hoffenheim.

“It hurts us because we do all the work at the academy for them,” he added.

Back in April, sporting director Alexander Rosen slammed Bayern for their conduct in signing teenage forward Sieb during the coronavirus pandemic.

"It was irritating that the player was called to Munich for a medical examination without coordination with us,” Rosen told Sport1.

"Against the background of the current coronavirus crisis with all its limitations and challenges, I don't have the words for such behaviour."

Hoffenheim claimed Sieb had skipped a training session in order to have his medical and didn’t inform them until he was already in Munich.

Sport1 reported Bayern had given Hoffenheim two days’ notice, but Hoffenheim said no approval was given.

The Bundesliga champions have already strengthened their squad again this summer.

As well as the €60 million (£55m/$67m) signing of Leroy Sane from Manchester City, two more prospects for the future have been signed in Alexander Nubel and Tanguy Kouassi.

Schalke were rocked when 23-year-old Nubel agreed to join Bayern midway through the season, while Kouassi was available for free after he rejected a contract renewal at Paris Saint-Germain.