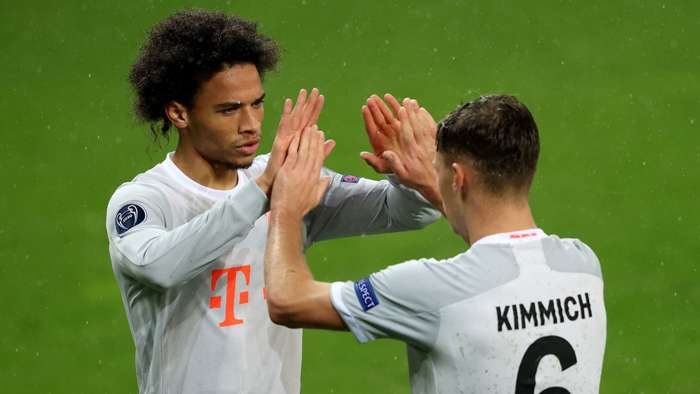 Bayern Munich became the first team in Champions League history to score four goals in the last 15 minutes of a game after emphatically seeing off Salzburg 6-2.

Bayern bounced back from Mergim Berisha's fourth-minute opener in Salzburg, where the German visitors fell behind for the first time in 11 Champions League matches.

Lewandowski's 21st-minute penalty and Rasmus Kristensen's own goal gave Hansi Flick's Bayern a 2-1 lead on the stroke of half-time.

Austrian champions Salzburg restored parity via Masaya Okugawa in the 66th minute before Bayern finished strongly to maintain their 100 per cent start in Group A.

Bayern -who stretched their unbeaten away streak in the Champions League to 15 games, only Manchester United (16 between 2007 and 2010) having achieved a longer such run -top the group by five points, ahead of Atletico Madrid.

A win for the German giants in their next Champions League match against Salzburg at Allianz Arena on November 25 will secure qualification for the knockout stage.

Bayern started the group stage with a thumping 4-0 home win against Atletico last month, with Kingsley Coman grabbing a brace, while Leon Goretzka and Corentin Tolisso also got on the scoresheet.

Their second match on the road in Russia against Lokomotiv Moscow wasn't as straightforward, with the home side cancelling out Goretzka's opener before Joshua Kimmich scored the winner with 11 minutes on the clock.

Bayern's defence of their Bundesliga title has also got off to a flying start with the Bavarians currently sitting first in the standings by goal difference over Dortmund.

They have scored an incredible 24 goals in their six league matches so far, which is 11 more than the next best tally from Dortmund.

After starting the league campaign with an 8-0 rout of Schalke, Bayern suffered a shock 4-1 loss against Hoffenheim before embarking on a four-game win streak.

A 4-3 win against Hertha Berlin started the run, before they swept asideArminiaBielefeld 4-1 and Eintracht Frankfurt 5-0.