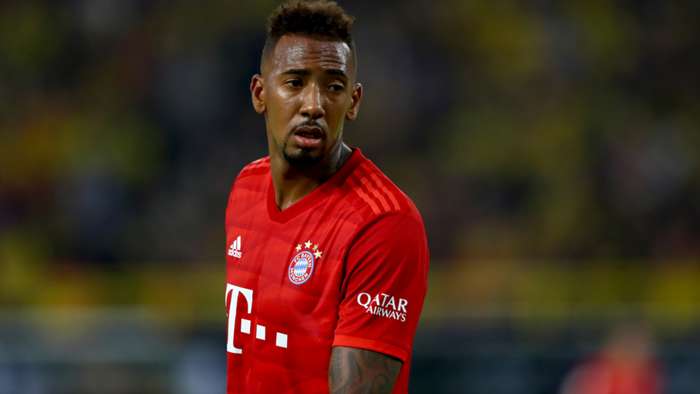 Bayern Munich defender Jerome Boateng will need to pass a fitness test if he is to feature in Sunday's Champions League final against Paris Saint-Germain, boss Hansi Flick has confirmed.

The former Manchester City defender was able to train with his team-mates on Saturday, but will need clearance from the medical team if he is to face PSG.

"Jerome is training with us today. I'm waiting for the final training session and will speak to the coaching team,” Flick told reporters.

“I hope that he is fit and passes the test. Then we will discuss how we should proceed in terms of personnel."

Flick also cast doubt on Benjamin Pavard’s chances of featuring from the start on Sunday.

The France international, who had been sidelined with an ankle injury, made his first appearance since the German Cup final at the start of last month when he was introduced as a second-half substitute against Lyon.

Joshua Kimmich has been filling-in at right-back in Pavard’s absence, though there has been speculation suggesting he could move to midfield alongsideLeon Goretzka, with Pavard returning at right-back andThiago Alcantara dropping to the bench.

Flick, however, has appeared to pour cold water on those claims.

"I'm glad he Pavard made it to be with us. He worked hard,” added Flick.“Benji has had an outstanding season, he's doing us good. He knows how to play on the right side.

“I am currently not yet confident that he is 100per cent fit - and that you can play him right from the start. But we will test that again today in the final training session."