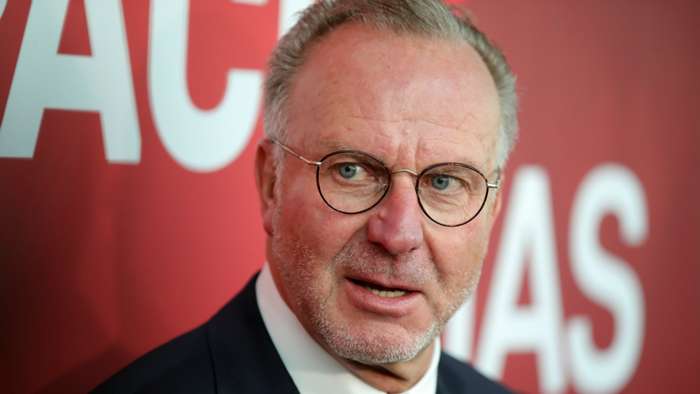 The Premier League outfit swiftly launched an appeal against the ruling, andtheCourt of Arbitration for Sport (CAS) looked at all the evidence in the case before making a final decision on July 13.

Rummenigge has now pointed the finger of blame at UEFA, insisting the organisation failed to provide proof of City's financial violations in the necessary time-frame.

“I believe the final decision made by CAS was an outcome because the UEFA panel responsible for Champions League matters didn’t do a great job, it’s looking like,” the Bayern chief told a press conference on Monday.

“What I heard from different sources is that it was not well organised in advance.”

Rummenigge went onto express his belief that changes must be made to FFP in order for future controversies to be avoided.

He said: "We have to modify Financial Fair Play because in the past 10 years, football has changed dramatically in terms of the financial behaviour and so we have to find different tools.”

Despite disagreeing with the outcome of City's case,Rummenigge also congratulated the club on their reinstatement to the Champions League.

"Congrats to the colleagues of Manchester City that they can participate next year in the Champions League and the year after as well," said the 64-year-old.

City and Bayern recently did business outside of the transfer window, with Leroy Sane completing a €60m (£55m/$70m) move to the Allianz Arena from the Etihad Stadium on July 3.

Rummenigge added on a drawn-out saga finally coming to a close: “The transfer market is looking likely to be affected by coronavirus because we had been interested in signing him a year ago when the transfer amount was totally different than today.