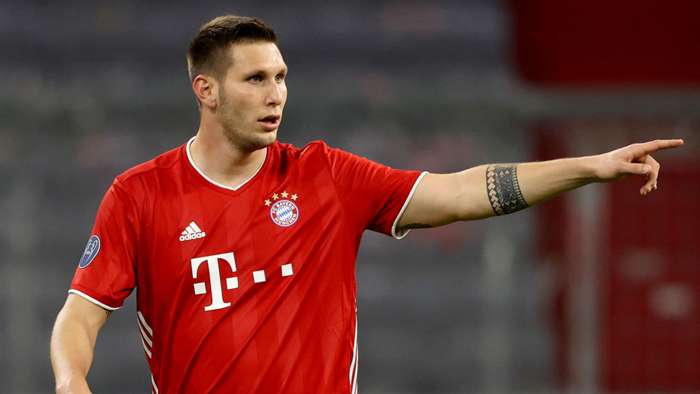 Niklas Sule has been forced out of Bayern Munich’s upcoming fixtures in the Champions League and Bundesliga after testing positive for Covid-19.

The German title holders will have to cope without their commanding centre-half for the foreseeable future, with domestic and continental plans being impacted.

A statement from Bayern on their official website read: “Niklas Sulehas tested positive for Covid-19. The 25-year-old Bayern Munich defender is self-isolating at home and is doing well.”

Hansi Flick’s side are due to be in Champions League action against Red Bull Salzburg on Tuesday.Sule will play no part in that contest, or a potentially crucial clash with Borussia Dortmund on Saturday.

Domestic football will shut down after that fixture for the November international break, giving Bayern time to work on getting their squad back up to full strength.

Flick’s side have been faultless through their last eight games in all competitionssince suffering a shock defeat to Hoffenheim at the end of September.

A familiar standing has been taken up at the top of the Bundesliga table, with goal difference edging them above Dortmundwhile maximum points have been taken from two European outings.

Sule has made nine appearances to date this season and played the full 90 minutes as Bayern edged past Koln2-1 in their latest fixture.

He will not be adding to that tally any time soon but will consider another international break to have come at a good time.

Having figured regularly for Germany of late, he would have expected to figure in Joachim Low’s plans for the next round of friendlies and Nations League games.