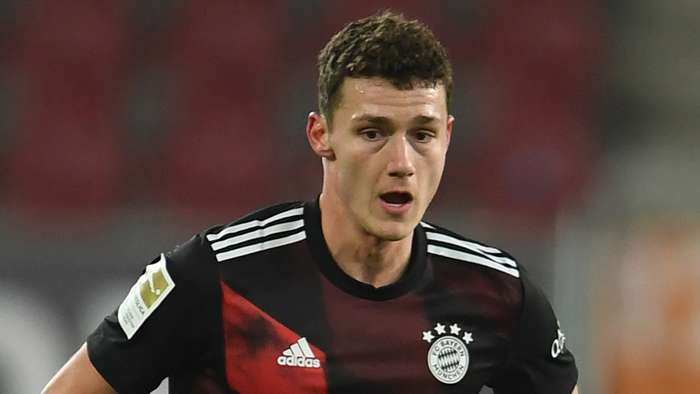 The news comes after Thomas Muller was forced to miss the Club World Cup final having also returned a positive test last week.

Bayern released a statement on Thursday saying: "Benjamin Pavard has tested positive for coronavirus. The 24-year-old is otherwise in good health and is self-isolating at home."

The positive Covid-19 test means that Pavard willbe ruled out of Saturday's Bundesliga meeting with Eintracht Frankfurt, as well as Tuesday's clash with Lazio in the Champions League.

It's unclear exactly when the Frenchman received the positive test result,although with Bundesliga rules requiring a 10-day period of self-isolationPavard could also be absent for the fixture at home to Cologne on February 27.

The former Stuttgart star has been playingat right-back for Hansi Flick's side in the 2020-21 campaign, with Bouna Sarr the most likely to replace him in the starting XI.

Sarr wasn't at his best during the 3-3 draw with ArminiaBielefeld, and that may see Flick deploy Joshua Kimmich on the right side of defencedespite his preference to play in a midfield role.

It was confirmed on February 11 that Thomas Muller had tested positive for Covid-19, and he was therefore unable to feature in the Club World Cup final - with Bayern beating Tigres 1-0 courtesy of 59th-minute Pavard goal.

Muller also missed the Arminia draw and is set to be unavailable against Frankfurt. He'll have to post a negative test at least 48 hours before Tuesday's Champions League clash in Italy to be in with a chance of featuring.

As well as Muller;Leon Goretzka, Javi Martinez, Serge Gnabry, Niklas Sule and Joshua Zirkzee - now on loan at Parma - haveall also tested positive for coronavirus in the past.

In Gnabry's case, however, the Germany international recorded a false positiveandtherefore only missed two of the Bundesliga champions' matches before he was allowed to return to the squad.