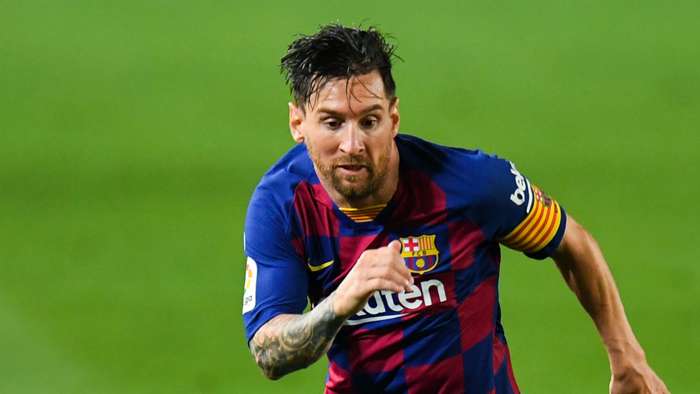 Lionel Messi will retire as a Barcelona player in "three or four years", according to club president Josep Maria Bartomeu.

The 33-year-old has been linked with a return to boyhood club Newell's Old Boys before hanging up his boots.

However, Bartomeu has no doubt Barca's all-time leading goalscorerwill end his career with the Catalan giants, which could happen by 2023.

"It's not just me who says it. Messi says it himself, that he wants to finish his professional playing career at Barcelona and it's the only club for him," Bartomeu told beIN SPORTS.

"I don't have any doubt that when he finishes his football career in three or four years that it will be here in Barcelona.

"Messi has it very clear. He's been here since he was a kid. He knows the colours and he's a part of the club's history.

"He's the best player in the world. Not just right now, but in the history of the game. He's at Barcelona and has made clear he wants to stay here."

Another priority for Bartomeu is tying goalkeeper Marc-Andre ter Stegen down to a new contract, as his existing deal has just two years left.

"Marc is an excellent player and person, he has always shown that as a goalkeeper," said Bartomeu.

"With the current situation with Covid-19, Ter Stegensaid, 'Let's hope everything is calmer to talk about it in the future.' But his future is to renew with Barca.

"We have a goalkeeper for many years because he is young. When everything passes, we will talk with Marc to finalise his renewal."

Despite having yet to play a game for Barca, Francisco Trincao and Pedri have been linked with exits from Camp Nou.

Trincao is reportedly a target for Leicester City, while Bayern Munich are said to have an interest in Pedri.

But Bartomeu has no plans to sell either playeras Barca prepare for the future with a new generation of talent.