Barcelona unfazed by Inter's attempts to renew Lautaro contract as he remains No.1 summer target

Barcelona unfazed by Inter's attempts to renew Lautaro contract as he remains No.1 summer target 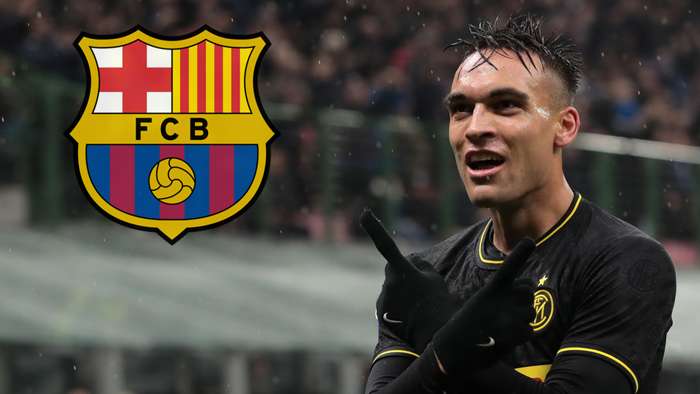 Barcelona remain unfazed by Inter’s attempts to put fresh terms in place with Lautaro Martinez, Goal has learned, with the Liga giants in no rush to step up their efforts to land the Argentine.

Barca are prepared to bide their time when it comes to negotiations, with a €111 million (£100m/$125m) exit clause that they could have triggered having expired on July 7.

Those in Catalunya always considered that figure to be far too high, with there confidence on their part that a true market valuation will come in much below that figure.

That remains the Blaugrana’s stance and they believe an offer can be pieced together that satisfies Inter demands – with it possible that a part-exchange deal could be put in place.

Junior Firpo and Arturo Vidal are among the names to have been mentioned when it comes to a trade package, although the latter has impressed this season and may no longer be deemed surplus to requirements.

Inter have endeavoured to avoid fanning the transfer flames, with leading figures in Milan eager to retain the services of a prized asset.

The Nerazzurri consider the speculation surrounding Lautaro to be an unwelcome distraction, with the 22-year-old having offered no indication that he will be pushing for a move.

Barca, though, believe that Lautaro would welcome the opportunity to join their ranks, and that they are the only club he would consider leaving Inter for.

That is allowing them to take their time, with there little risk of a rival stealing in.

It is understood that Barca will open with an offer of €60m (£55m/$70m) and Junior once they have put definitive plans in place for the summer window.

No move will be made until the end of August,though, with the resumption of Champions League competition very much the focus for those still involved.

Barca form part of that group, as they prepare to face Napoli in the second leg of their last-16 showdown on August 8.