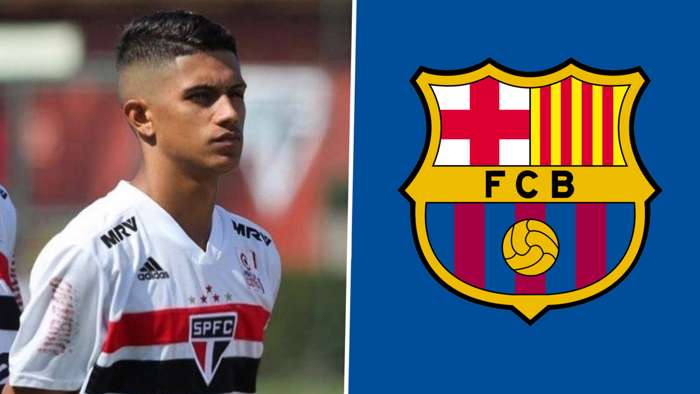 Barcelona have announced the signing of Sao Paulo wonderkid Gustavo Maia, as well as the inclusion of a €300 million (£270m/$355m) release clause in his contract at Camp Nou.

The Blaugrana have released an official statement confirming the news via their official website, which reads:"FC Barcelona has closed with Sao Paulo the incorporation of Gustavo Maia for Barca B.

"International U16 and U17 with Brazil, he is a fast and vertical winger who usually plays on the left-wing although he is right-handed.

"He plays for the Sao Paulo subsidiary although he has already been called up with the first team.He has good dribbling, both static and running, and a strong shot that makes him very dangerous.

"The last tournament in which he stood out was the Junior Cup."