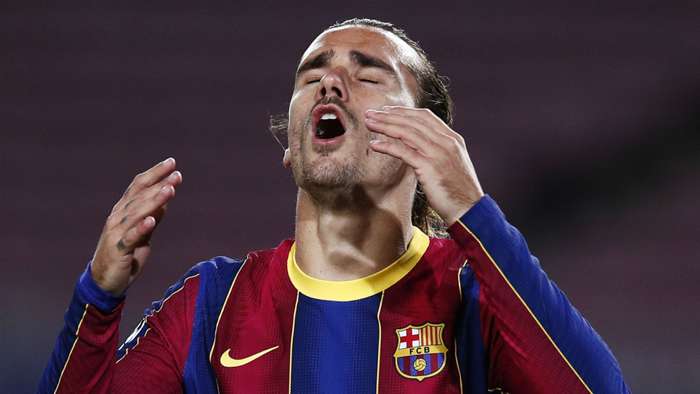 Barcelona have picked up just 11 points from their first eight La Liga games this season - their worst tally since 1991-92.

The result was the first time Diego Simeone has defeated Barcelona in La Liga with Atleticoending a 20-game winless run against the Catalans in the Spanish top-flight.

Simeone's men have now also gone 24 games without defeat in La Liga and currently sit second in the competition on goal difference but with a game in hand.

Barcelona meanwhile remain stuck in 10th, nine points adrift of Atletico, and have won just one of their last five La Liga games. That poor run has seen Koeman's side accrue a meagre 11 points with the club not tallying so few at this point of the competition in nearly three decades.

Despite that worrying statistic, the last time Barcelona started so poorly in 1991-91, they did go on to be crowned champions as they finished one point ahead of Real Madrid.

Koeman will hope to see his men bounce back in the Champions League on Tuesday night against Dynamo Kiev with the Catalans winning all three of their group games in the competition to date.

Following that clash, Barca return to La Liga action at home against Osasuna and will need to start winning matches if they hope to turn their poor league form around before it's too late.

"We knew this could happen to us, we have to keep improving," Pedri said after the Atletico defeat. "La Liga is still long and I think we can compete."

In the Catalans' favour is the fact reigning champions and fierce rivals Real Madrid have also made a stuttering start in the league with Zinedine Zidane's side held to a 1-1 draw against Villarrealon Saturday.

Los Blancos are currently fourth in La Liga, six points ahead of Barcelona, but have played one extra game to date.