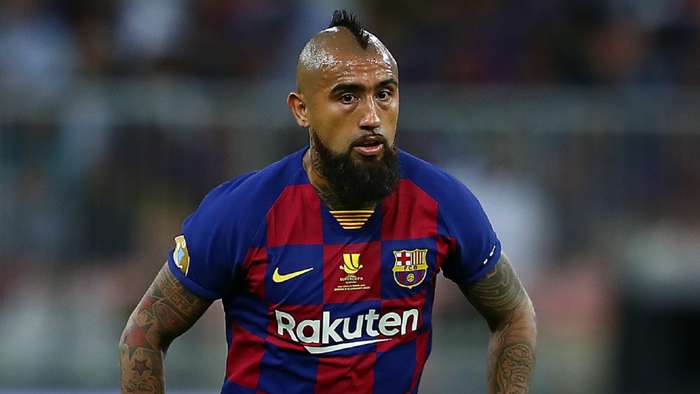 Arturo Vidal is close to completing a move from Barcelona to Inter,Goal has learned.

The Chile international has spent two years in Catalunya, with transfer talk seemingly never far away for the combative midfielder.

A return to Serie A, where he has previously turned out for Juventus, has been speculated on in a number of transfer windows.

Inter have always positioned themselves at the front of that queue, with Antonio Conte opting not to pursue other options as he chases down a top target.

He is about to get his man, with Vidal in the process of finalising a switch to Italy and he is due to fly to Milan later on Tuesday.

The South American has been working away from the main group at Barcelona for a few days, as he waited on confirmation from Inter’s end that a deal was in the pipeline.

The 33-year-old is now heading to San Siro to complete a move that will see the Nerazzurri part with just €500,000 and potential future add-ons.

Vidal finds himself heading through the exits at Camp Nou having been deemed surplus to requirements by Ronald Koeman and with Barca having endured a disappointing end to their 2019-20 campaign.

“The last three years are not what a team like Barcelona deserves,” Vidal toldDaniel Habif's YouTube channel when airing his frustration at recent events.

“The best team in the world cannot have 13 professional players. You cannot always win with DNA. Lionel Messi is the best in the world, an extraterrestrial, but he needs help so that better results can be achieved.”

During the same discussion, Vidal left the door open for a move to Serie A to be made – although he did offer an invitation for Andrea Pirlo to make a move, with the Chilean’s former team-mate now in charge at Juventus.

Vidal added: “He was incredible when Pirlo played, but imagine him as a coach. If he or Juventus call me,I would be happy.

“If it happens, it happens. I have a lot of affection for Juventus and for Andrea.”