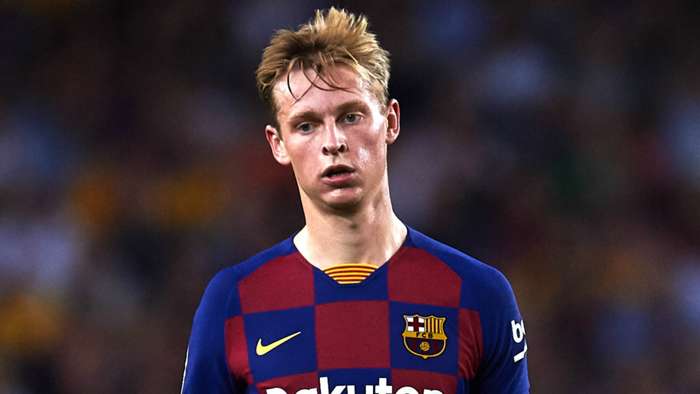 Bayern raced out to a 4-1 lead at half-time and they did not take their foot off the pedal following the interval – Barca eliminated in the Champions League quarter-finals for the fourth time in five seasons.

With Barca in crisis after the result and head coach Quique Setien reportedly set to be sacked, star midfielder De Jong addressed the result.

"I think today showed that we have a lot of problems in the team," De Jong, in his first season at Camp Nou following his high-profile arrival from Ajax, said. "I think tonight showed that and we know we have to make a lot of changes.

"It's difficult for the fans to take too so sorry to them. We have to change a lot of things I think.

"We believed we could beat Bayern. The first 15-20 minutes because they scored early but we scored the equaliser and had two good chances so believed in it of course. You could see that at the beginning.

"But they were much better than us. I don't think it's too much about talent, I think it's about putting in intensity and hard work and we need to change these things.

"Of course it's a big disappointment but not only for me, for the whole club because this club is used to winning trophies. It's the biggest club in the world so we have to perform a lot better than we did tonight."

Asked if anyone can stop Bayern – who will face either Manchester City or Lyon in the semis – Netherlands international De Jong replied: "I think City are also a really good team. Lyon are good.