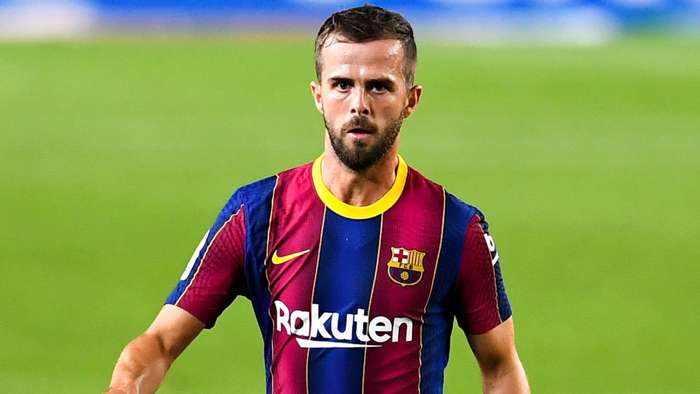 Bosnia-Herzegovina and Barcelona midfielder Miralem Pjanic has claimed he turned down the chance to represent France at international level.

Pjanic represented Luxembourg's national youth teams during his formative years and signed for Metz at 14, later turning out for Lyon.

And it was while he was playing in Ligue 1 that he was telephoned bythen France head coach Raymond Domenech about the prospect of declaring himself availablefor Les Bleus.

“Yes, I could have played for the France team when I arrived in Lyon, but I said a few days before that my dream was Bosnia," Pjanic, 30, told Canal Plus.

"Domenech called me, but I had already made up my mind. I thanked him of course, but I preferred to be realistic.

"For me, the France team, it was too much to break intoat that time. And it would have hurt my heart if, on the other side, Bosnia was watching one of its own playing for the France team."

The former Juve star has racked up 96 caps for his country to date, scoring 15 goals, but has yet to feature in a major international tournament.

The experienced playmaker will be fresh for Bosnia Herzegovina's clash with Iran after coming on as a substitute during Barcelona's 5-2 victory over Real Betis at Camp Nou on Saturday.

That cameo appearance marked his seventh outing for the Blaugrana at the start of the 2020-21 campaign, but he has yet to nail down a regular place in Ronald Koeman's starting XI.

Pjanic's next chance to make an impact could come when Barca take in a trip to Wanda Metropolitano to face Atletico Madrid on November 21.

Atletico are currently third in La Liga with two games in hand on leaders Real Sociedad, having won five and drawn two of their opening seven fixtures.