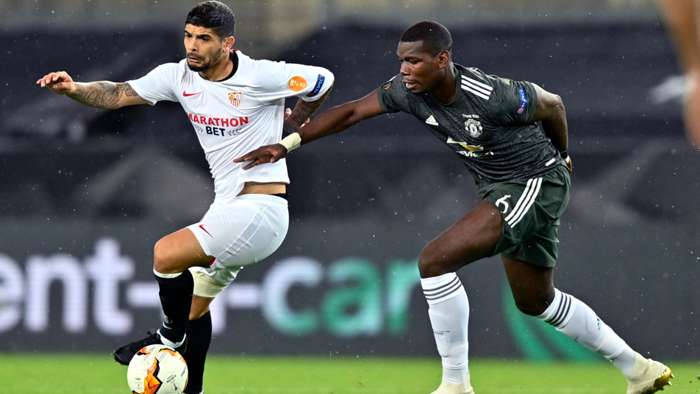 Ever Banega has never lacked the talent to make it at the top level. Sevilla's Argentine midfielder is scintillating to watch when focused and ready to take a starring role; those moments, alas, have come too few and far between to allow him to reach his doubtless potential.

If one had to bet on which player would be among the first to break Covid-19 lockdown protocol as Spanish football strived to return to normality earlier this summer, Banega would have been where the sensible money flocked.

Such episodes of absent-mindedness have dogged Banega throughout his career in Europe, ever since the teenage Boca Juniors prodigy moved to Valencia for a reported €20 million (£18m/$24m)in January 2008, the fourth-biggest sale in Xeneize history.

Famously, in 2012 the player was run over by his own car after forgetting to apply the handbrake in a local petrol station, breaking his leg in the incident and missing more than six months of action.

His time at Mestalla was also accompanied by a sex scandal and the leaking of a photo posing in a Real Madrid shirt, to the fury of Los Che's fans, as well as constant clashes with club staff over his weight – Valencia went as far as to hire Banega a personal live-in chef to wean him off his beloved junk food.

Sometimes the drama surrounding the player bordered on the inexplicable, as in one training session to which he arrived with his Ferrari in flames, destroying the vehicle and blocking off access to the club's Paterna facilities.

“Only God understands me,” reads the tattoo on Banega's right leg, below an over-sized shield of boyhood idols Newell's Old Boys.

The player has indeed proved an enigma to countless coaches over the last decade, for both club and country, combining moments of inspirational creative ability on the pitch with long spells of ineffectiveness, drifting in and out of matches almost on a whim.

The 2018 World Cup was a prime example of his infuriating inconsistency. Confined to the bench by Jorge Sampaoli for both Argentina's opening group matches, Banega finally received his opportunity in the make or break final match against Nigeria and responded with a sensational pass to assist Lionel Messi's opening goal.

That display kept him in the first XI to take on France, where he had little impact as the Albiceleste fell 4-3 and were sent on the plane back home to Buenos Aires.

If Banega has ever felt at home in his career, however, after spells at Atletico Madrid, Newell's and Inter as well as his long Valencia stint, it is with Sevilla. “Honestly, it is where I have felt best in Europe. You can see that on the field, in our daily routine, above all I am enjoying myself,” he toldGoal back in November.

In two spells with the Andalucians Banega has racked up more than 200 appearances, while helping them to back-to-back Europa League successes in 2014-15 and 15-16.

He is the sole survivor of those wins in the Sevilla squad, testament to both the dizzying player turnover at the club and the feat managed by coach Julen Lopetegui to mould his side together in his debut season and lead them not only to Friday's final against Inter but also a top-four finish domestically behind usual suspects Real Madrid, Barcelona and Atletico.

Banega spent much of the 2019-20 season as a marginal figure in Lopetegui's plans, but in spite of his lockdown infractions has enjoyed his best, most consistent form in years since football returned.

It was his man of the match performance, assist included, that saw Sevilla past Roma in the last 16, while in the following round a pinpoint cross allowed Ocampos to break the deadlock against Wolves in the dying minutes.

Another memorable showing was to follow in the semis as Manchester United stars Paul Pogba and Bruno Fernandes were played off the pitch by the squat Rosario native. Nobody in the Rheinenergiestadion registered more touches or completed more passes than Banega, who with veteran Jesus Navas kept his side ticking throughout their narrow 2-1 upset of the Red Devils.

The club idols broke down in tears after the final whistle, embracing in a moment that brought back fond memories of late Sevilla heroes Antonio Puerta and Jose Antonio Reyes. As he gears up for what might prove his final game for the club, Banega could not help looking back on his years at the Nervion.

“Saying it is my last game also gives me pangs of nostalgia,” he told reporters after the game. “But we have to go out with everything to win the final. We know it's difficult, we will rest and go for it.”

Banega's time at San Siro proved another false start in his career, with impressive initial form soon giving way to a series of subdued performances and, ultimately, a loss of his first-team place, as Inter dumped Frank de Boer for Stefano Pioli on their way to a disastrous seventh-placefinish in Serie A.

When after just a single season the Argentine opted to return to Sevilla in the summer of 2017, few of the Nerazzurri faithful shed a tear - but if Inter have come a long way since those dark days, the same can be said of their upcoming opponent, who looks more streamlined, energetic and hungry for the ball than at almost any point in his career.

Perhaps, like fellow Boca alumnus Juan Roman Riquelme, Banega came into the game a generation too late, suffering throughout his career because he never quite possessed the physical attributes to add substance to that dazzling natural ability on the ball in the breakneck world of the modern game.

While he has achieved great things at Sevilla, his modest haul for club and country still feels insufficient given his technical proficiency and laser-sharp passing off both feet, equal to the very best in world football on those special days it all comes together for him.